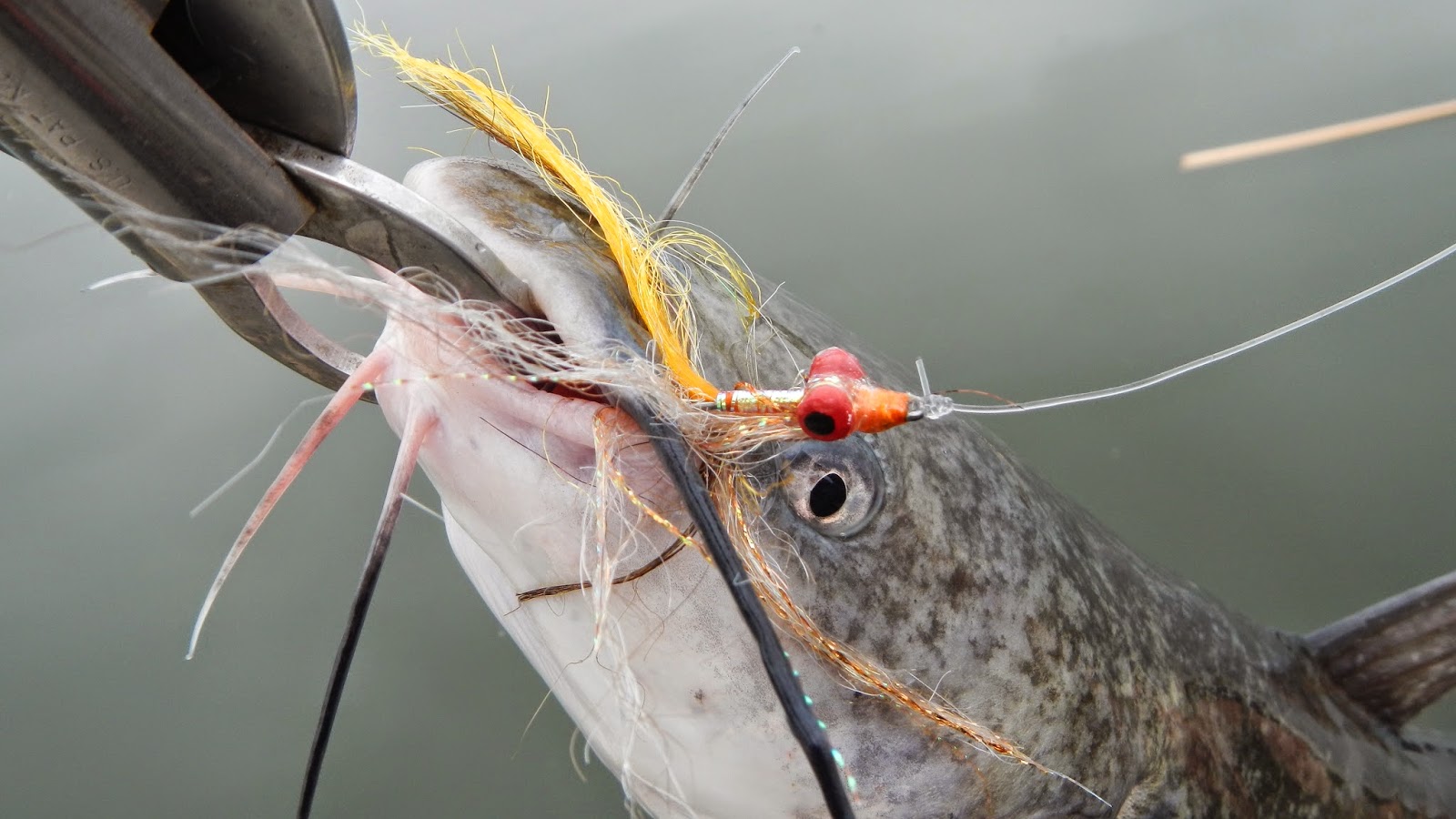 Dark cloudy mornings have lingered until noon the past few days.  Today was no different and with that in mind I was awoken this morning from a call from Chul while driving home from work asking if I wanted to hit Prado to see if we could entice a bass or two on a popper.  After making sure I didn't have anything pressing that could not wait until the afternoon, I agreed and raced over to his place.  We loaded his pram into his Nissan and drove the short way to the lake and started throwing flies.  Over a hour or so of fruitless casting and despite still being overcast, Chul was the first to give up on the popper and changed to a clouser.  I continued with the topwater until Chul began getting some short strikes.  Finally his six weight bent and manged the first fish of the day.  The way the rod was bent it looked big.  When it finally surfaced, it turned out to be his first catfish on a fly.  Not huge but respectable for a six weight at 2.5 pounds.  It took me a while and I finally got my first and only tug of the day.  It too was a cat. When it got to the boat it gave one good splash and was loose before I could get it to hand.  Just as well I'd rather not touch that thing anyways.  The only bass was by Chul, a microdink the same size as his clouser and that was it for the day.