Getting It Ready, The BSA Supersport Magnum .22

Back while in college I bought my first airgun, a Beeman RX.  I kept it at home though as the community I lived in was a little sketchy, not with crime so much but rather with drunken fools.  But while away from home I missed shooting it so I bought a "lesser" gun that I could get my shooting fix.  Since it was meant to be somewhat replaceable, I wouldn't care as much if it were stolen or abused to some degree.
I bought a BSA Supersport Magnum in .22 left it with open sights.  I would practice in our apartment shooting into a duct taped phone book at about 10 feet. On weekends my roommate and neighbors would head out to the mountains of Santa Barbara and go shooting.  The neighbors, who were Marines, would be shooting my airgun and piece of shit .22 rimfire AR-7 while I'd be shooting their AR15 and Glock pistols.

When I left college and returned home I for the most part put away my airguns and my interest in them waned.  Years later I pulled out my two pellet rifles, the RX still pristine as the day I bought it but the BSA on the other hand was a mess.  Rust had now formed all over the barrel.  I cleaned it off but it only came back.  I eventually cleaned the rust and stripped the blueing off and reblued it with Birthwood Casey Perma Blue Gun Paste.  It did not look professional at all.  The gun would return back in the closet not to be touch for years later.

Fast forward to a few weeks ago, I pulled the Supersport out once again as I wanted to perhaps use it on my next turkey hunt if I had to trek back into the steep mountains with my backpack.  I wanted to carry a lighter gun.  Unfortunately the rust returned but not as bad but bad enough.  So pulled out the ultra fine steel wool and started removing oxidation. 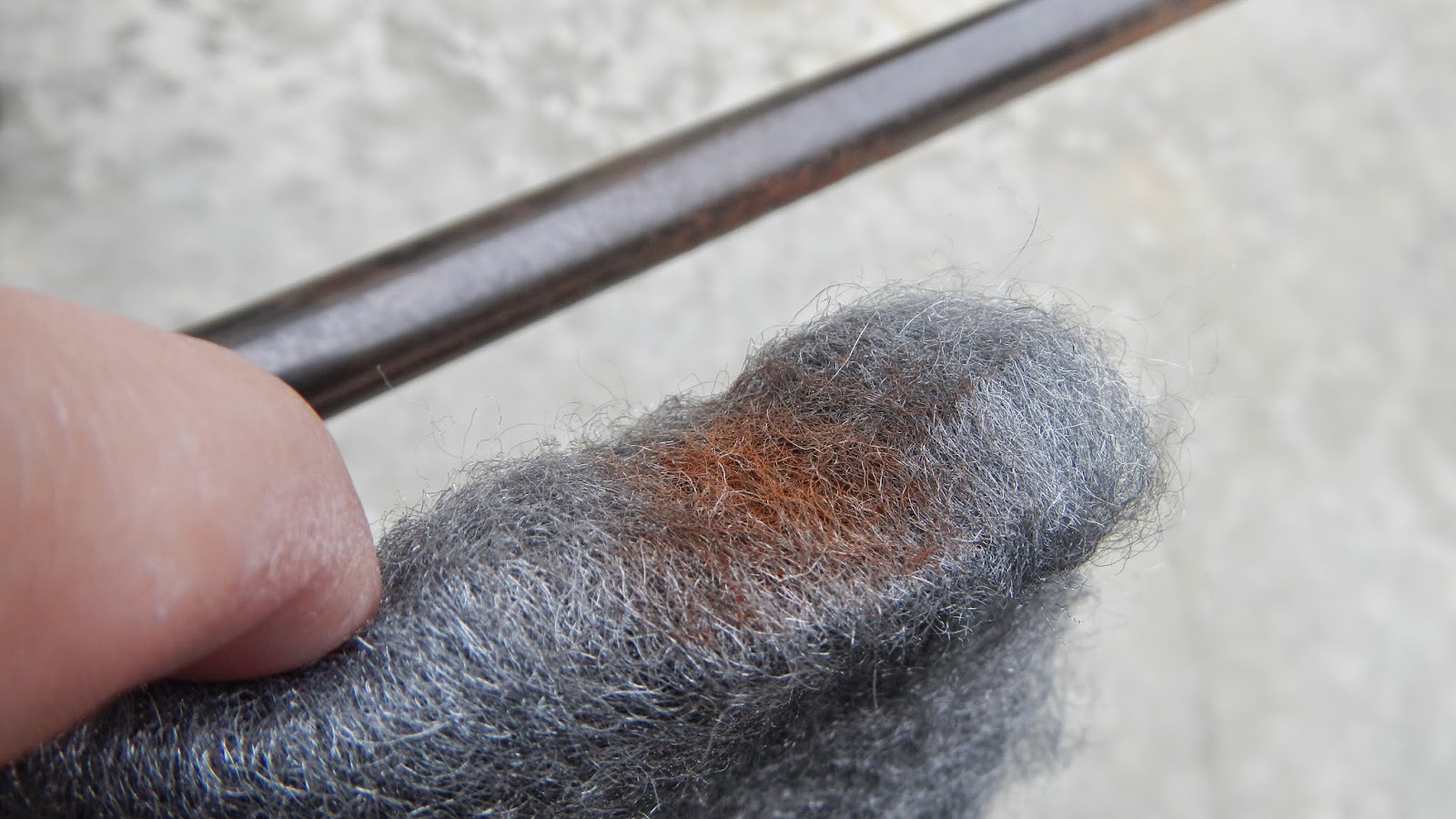 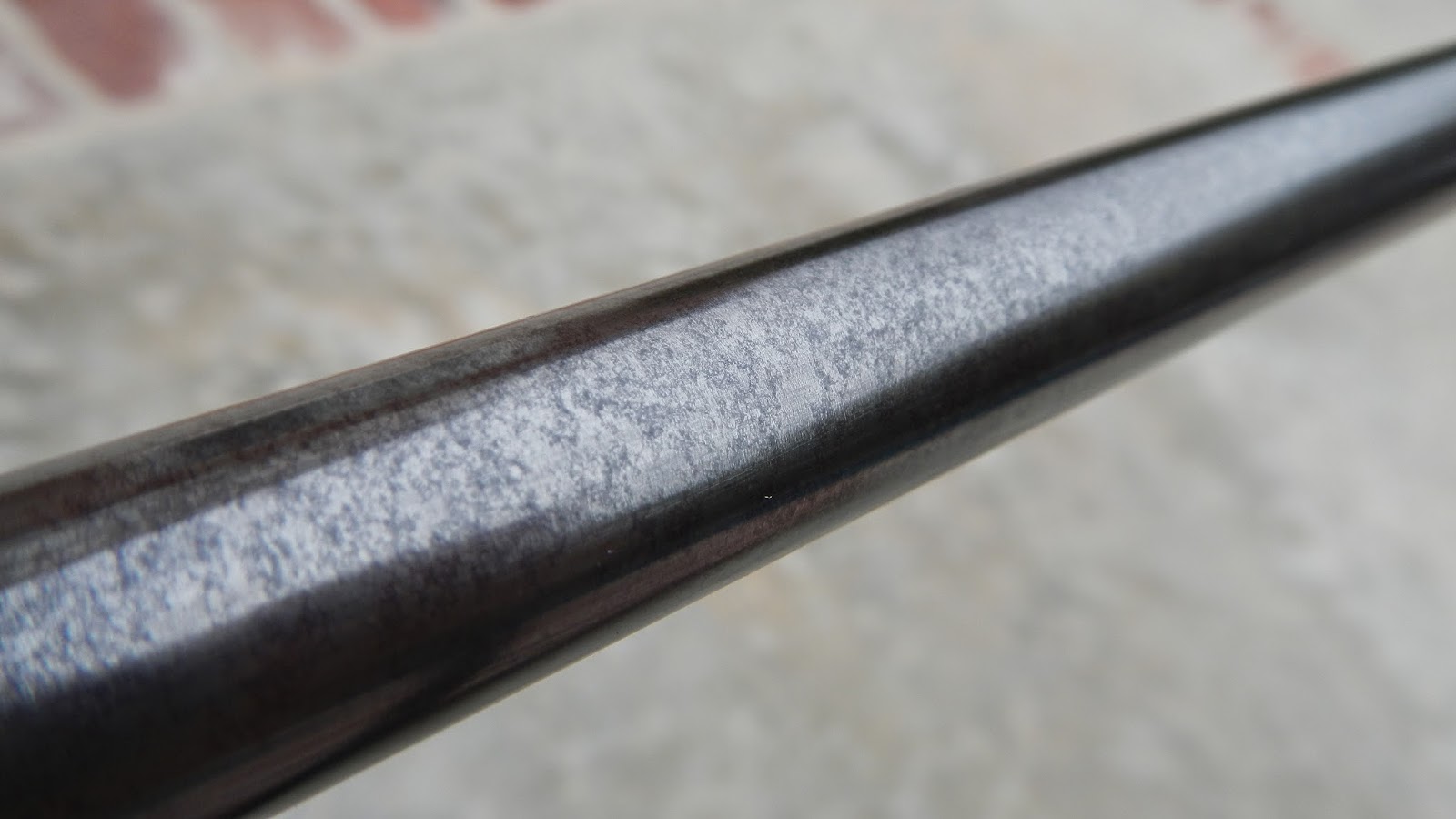 I'm debating whether to send this gun in to get properly reblued but I'm not sure if it is worth it.  The gun was always meant to be a field beater. Also the replacement cost of this gun (albeit the new version is a bit different) is about $300.  The cost to have Dave Slade of Airgunwerks to reblue is $155. 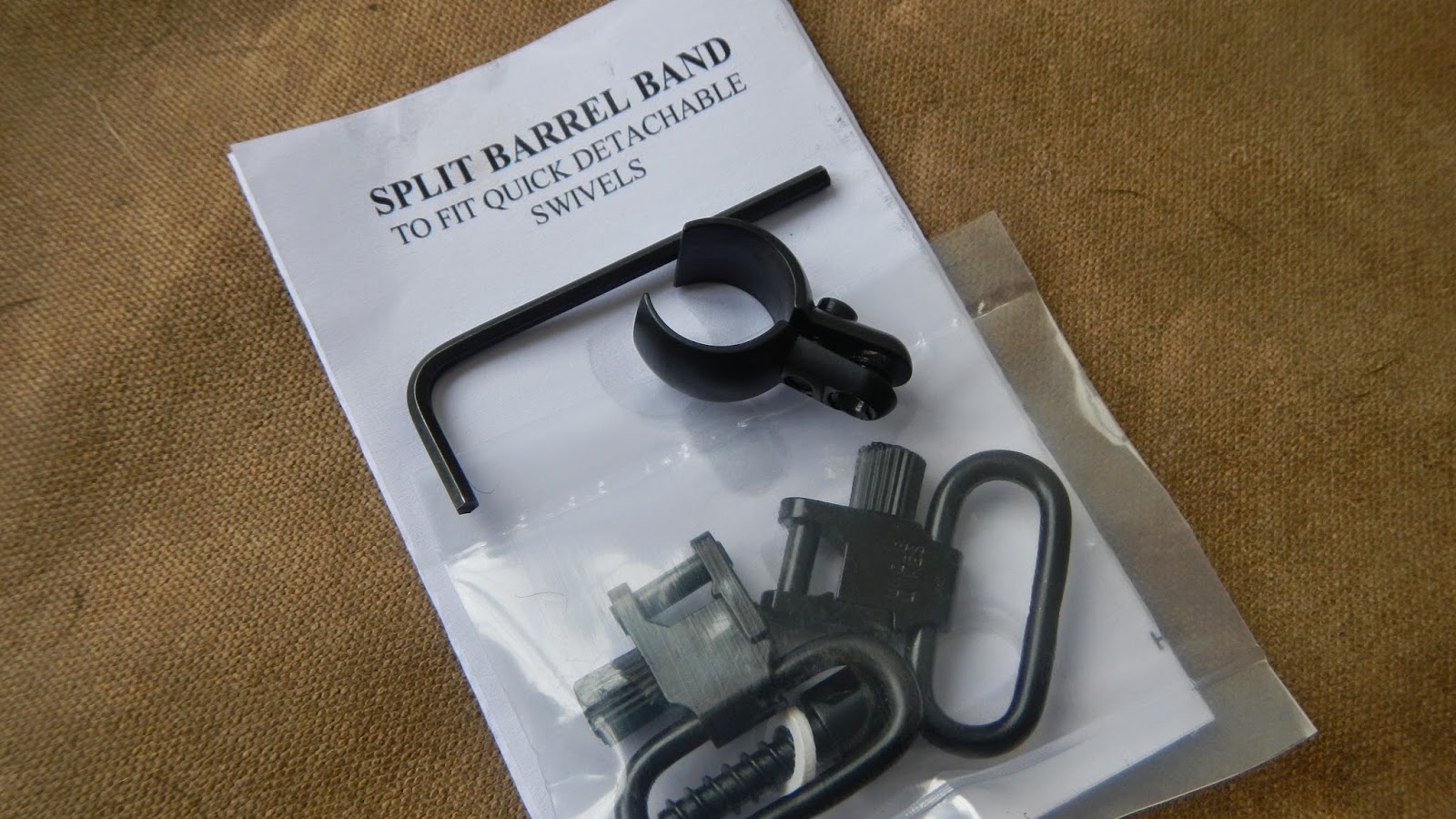 After backpacking a 30 plus pound pack into one of our valleys with a roughly 11 pound Beeman RX, it became evident that a lighter gun would be nice for steep climbs.  I believe the Supersport weighs roughly seven pounds and after adding the mount, scope and slings the gun probably weighs just about eight.  For a mountain hunting gun, I'll definitely want to sling it. Humping a gun that heavy for long distances is a pain.  Back in the day Uncle Mike's used to make sling sets for break barrel airguns, I believe this was in most part from the urging of Bob Beeman who rebadged them and sold them under his name.  Now that Beeman, (the man not the company) is no longer active in the scene, it looks like Uncle Mike's has discontinued the item. 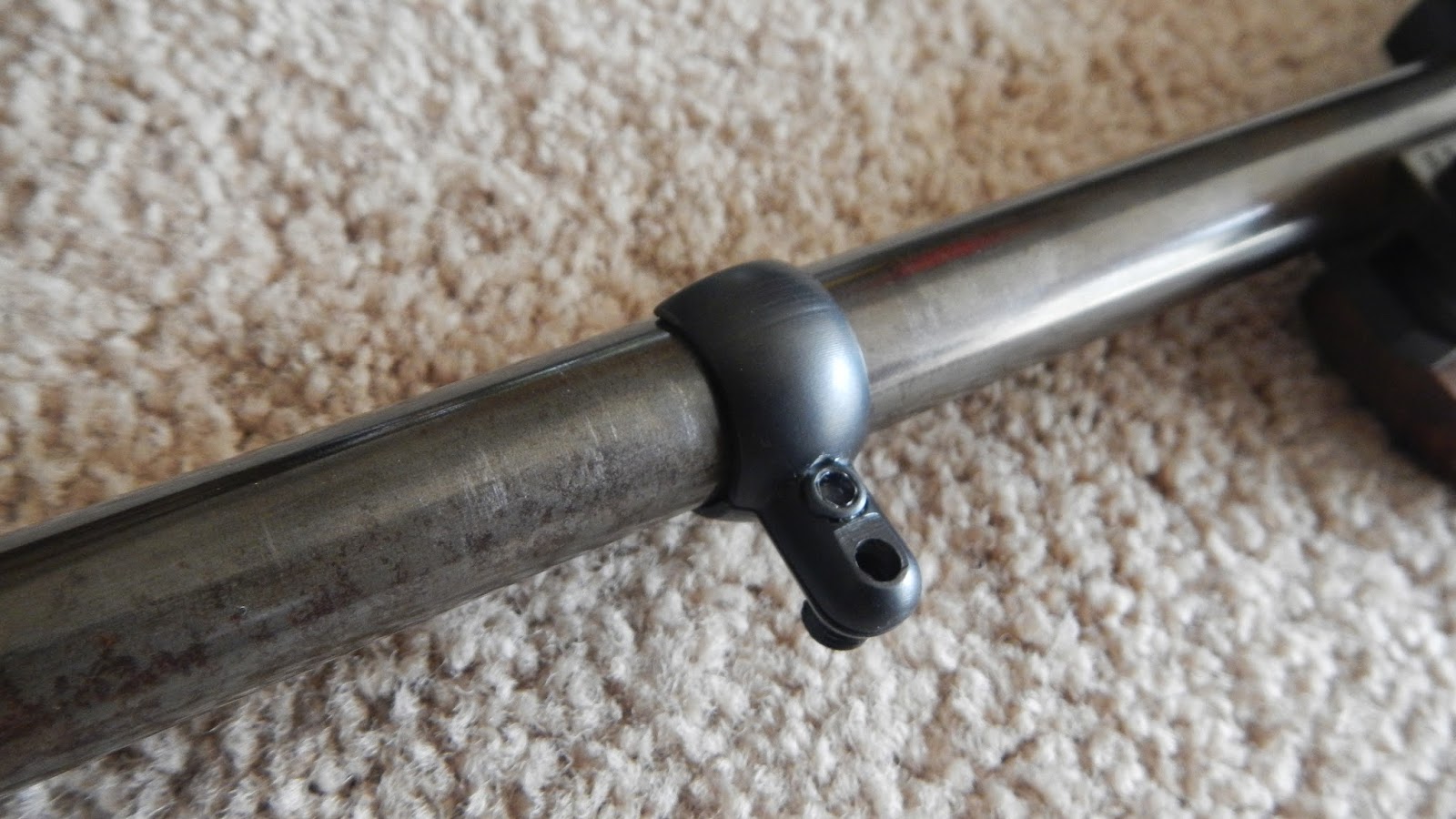 I don't think many airgunners sling their airguns anyways so it made sense for Uncle Mike's to stop producing the set.  But unfortunately for those that wish to use them, finding these barrel band sets is now quite a task. After some internet searching I did manage to find a source who still carried a few. 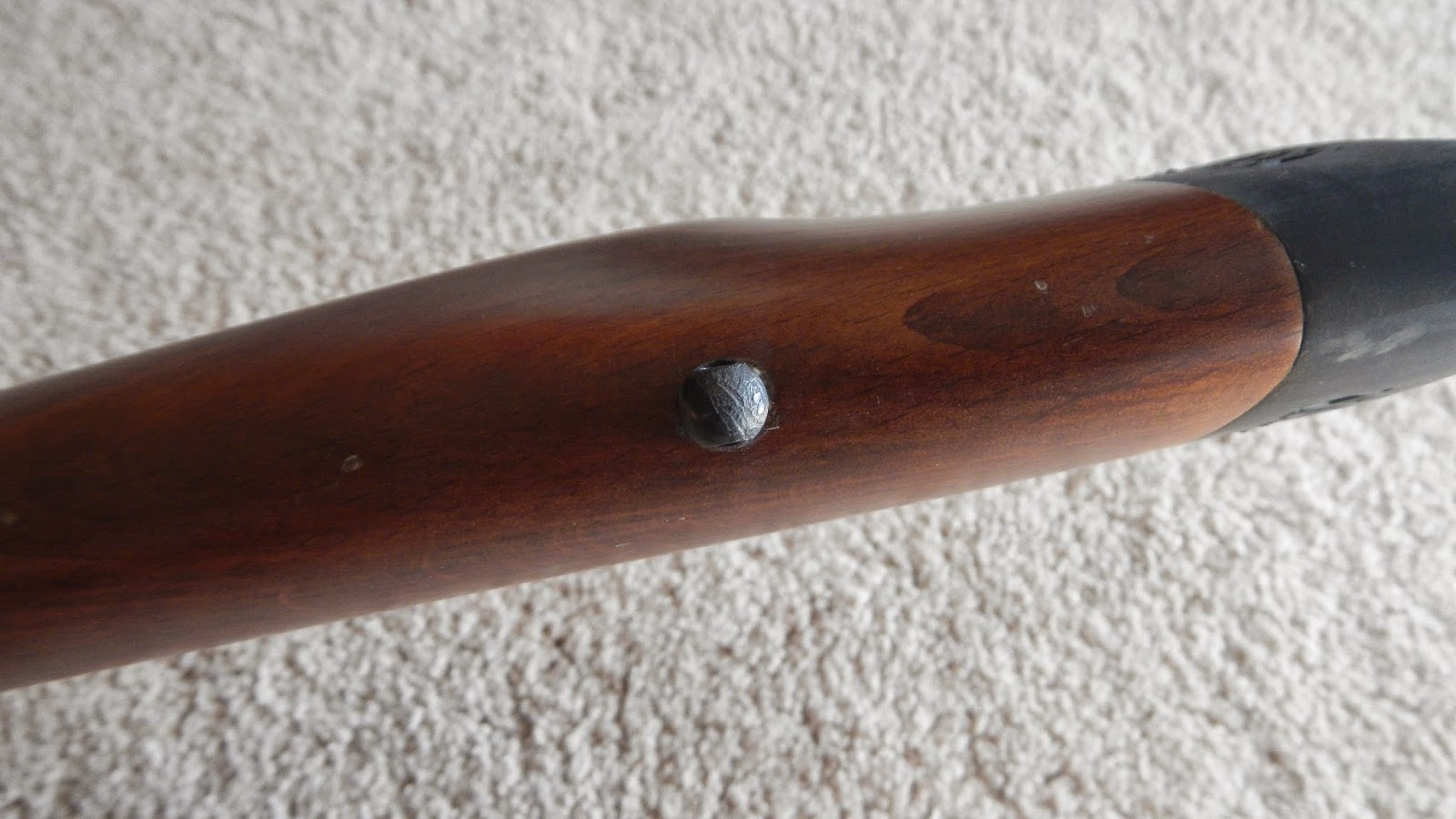 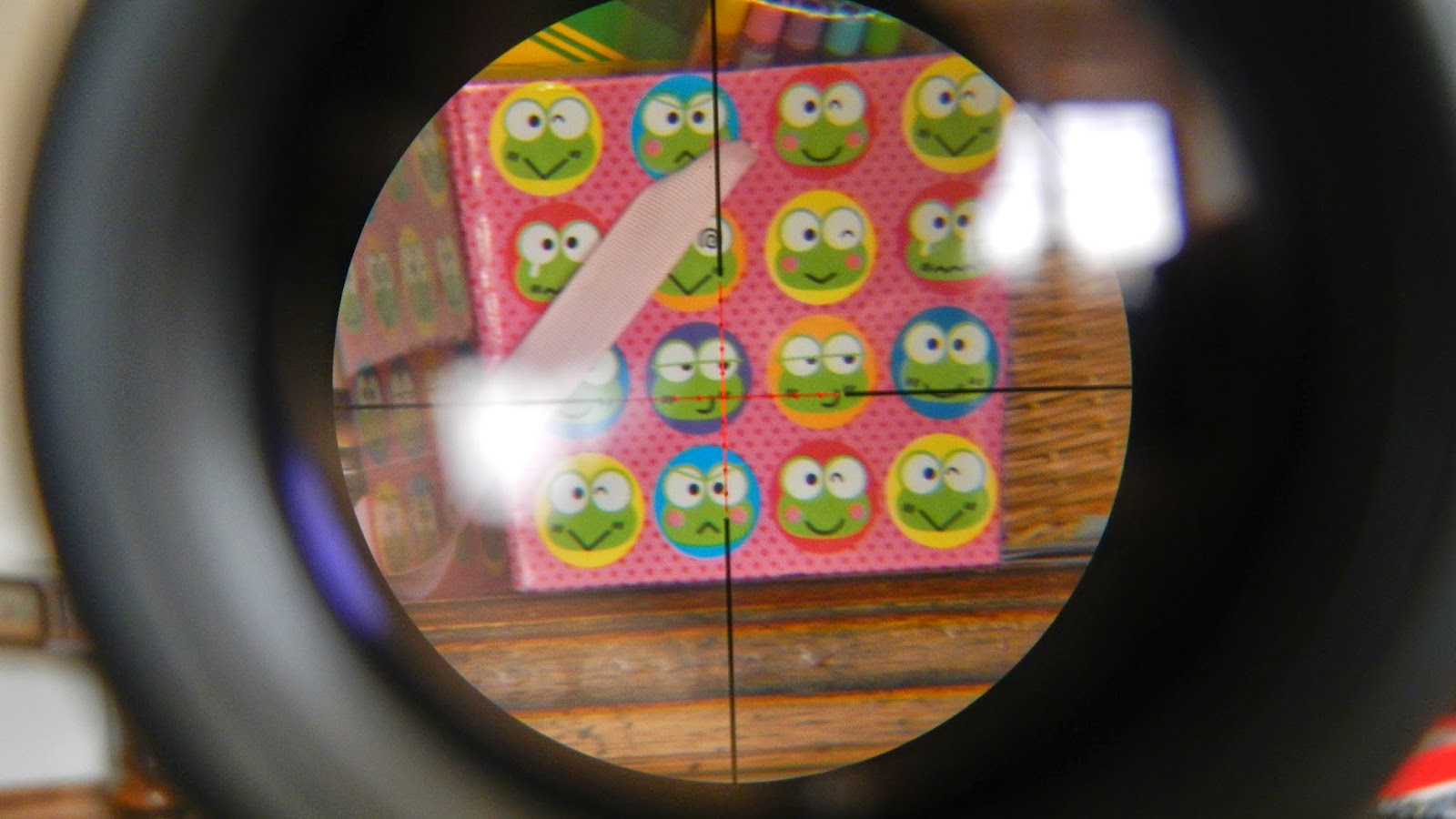 The BSA is a nice mid level airgun but it's iron sights are absolute garbage.  To harness the true potential of the rifle it needs to be scoped.  And for hunting purposes, it's mandatory particularly with turkey.  I have no experience with Hawke Optics but I decided to buy the HD IR Series 2-7x32 AO Rifle Scope.  We'll see if this scope is truly airgun rated and how it holds up.  This scope has a luminated Mil-Dot reticle in both red and green.  I think for this gun it was the right choice.  One thing I did not like about the scope is that my one piece Beeman scope mount did not fit.  Luckily my old man had a old pair of Beeman two piece mounts that he took off his R10 years ago.  So I commandeered it as it did no good sitting in a gun closet.  It did save me a trip to Air Venture though I wouldn't have minded a visit. 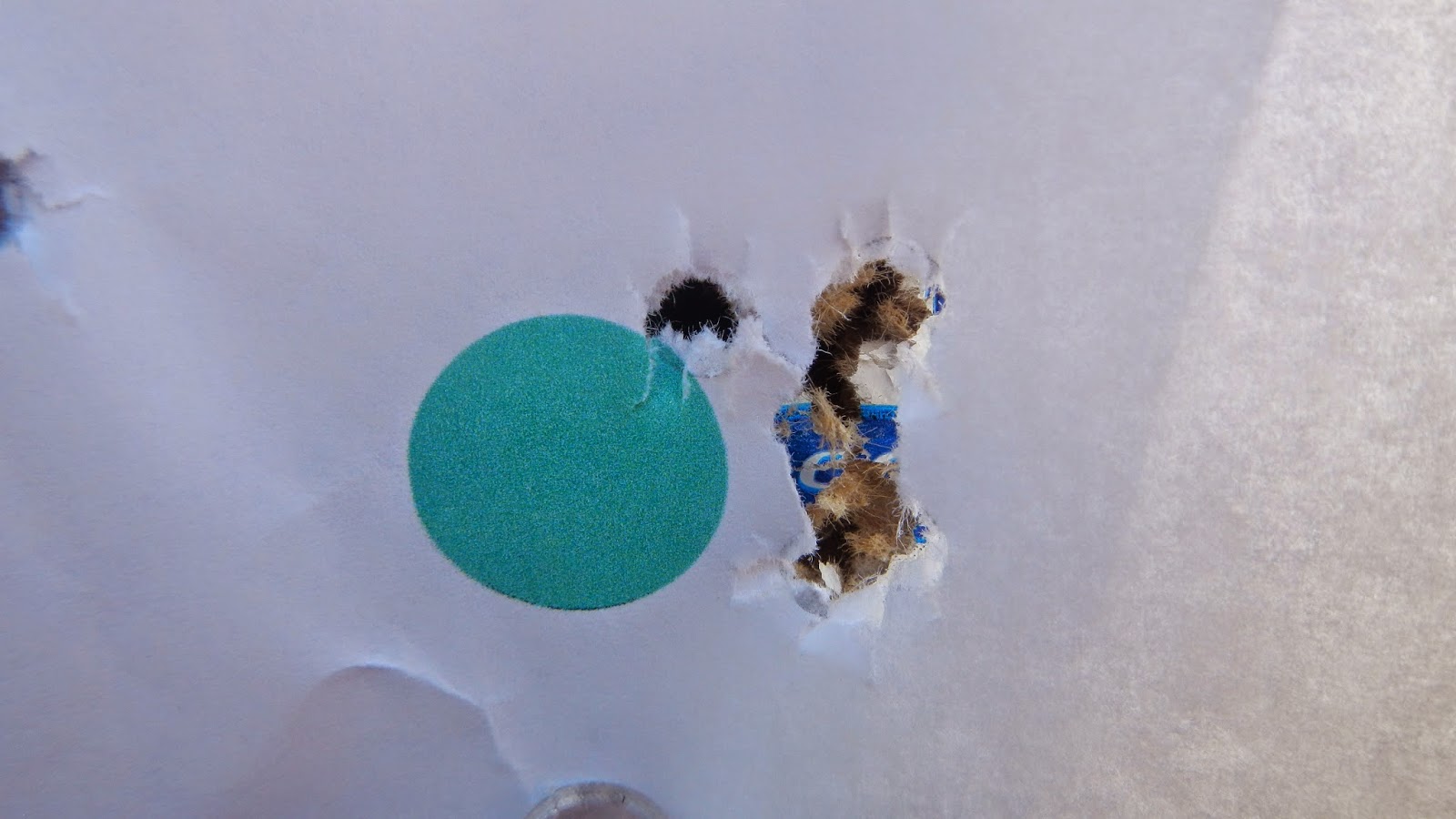 This was the best I could do with the rifle today with 22 mph winds blowing.  This is a five shot group at 25 yards using an 80's era tin of H&N Field Target pellets.  Once these winds pass these groups should tighten up even more.
Posted by gourmetsportsman at 5:42 PM