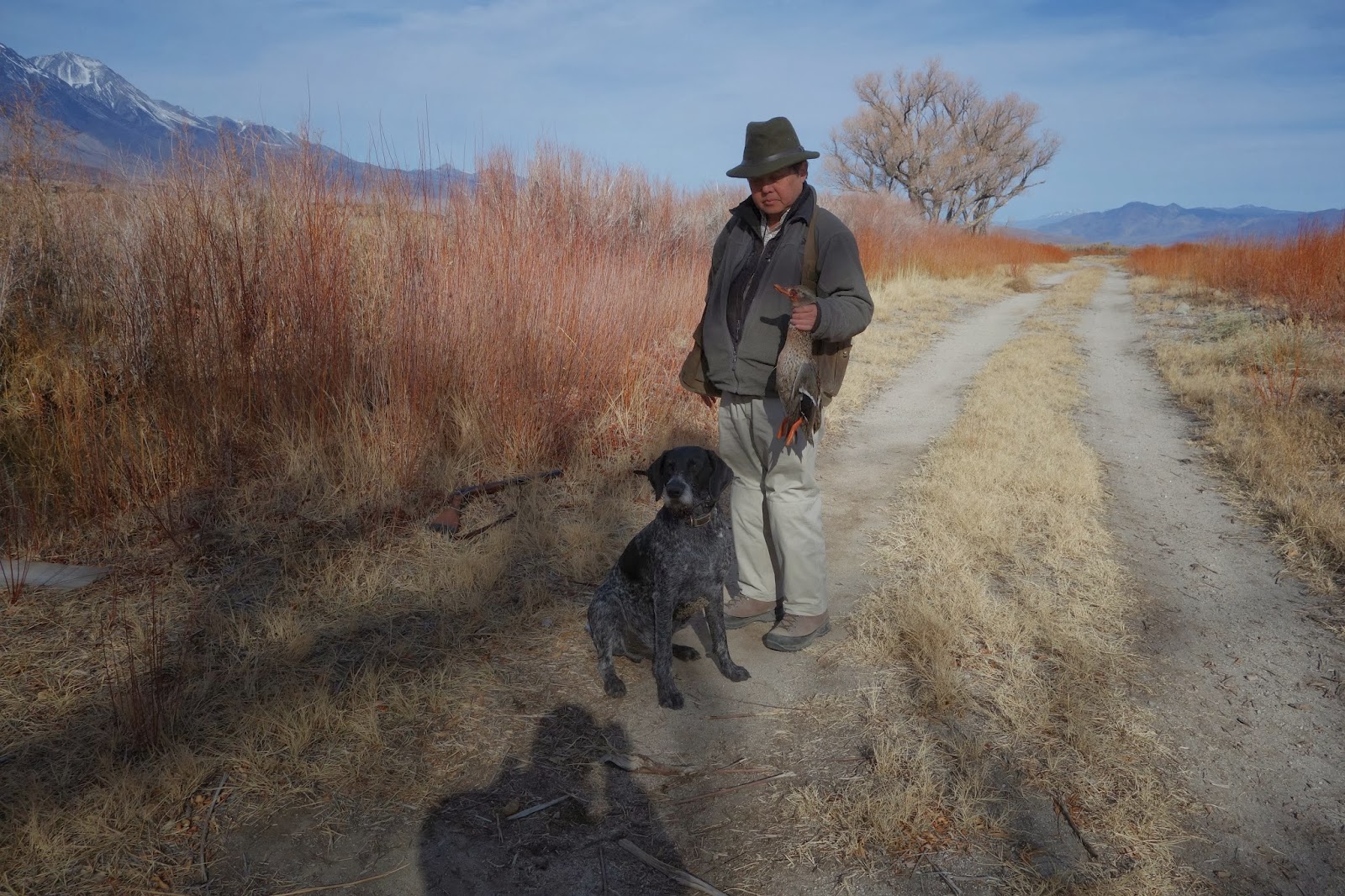 Surprisingly the day before, we ran into or saw no hunters afield despite being a weekend.  As a result we were able to hunt all the spots I wanted to and ran into several birds.  Everyone must have stayed home to watch the playoffs.  Now with everyone back to work, I figured Monday should be better.  At least that was the theory. 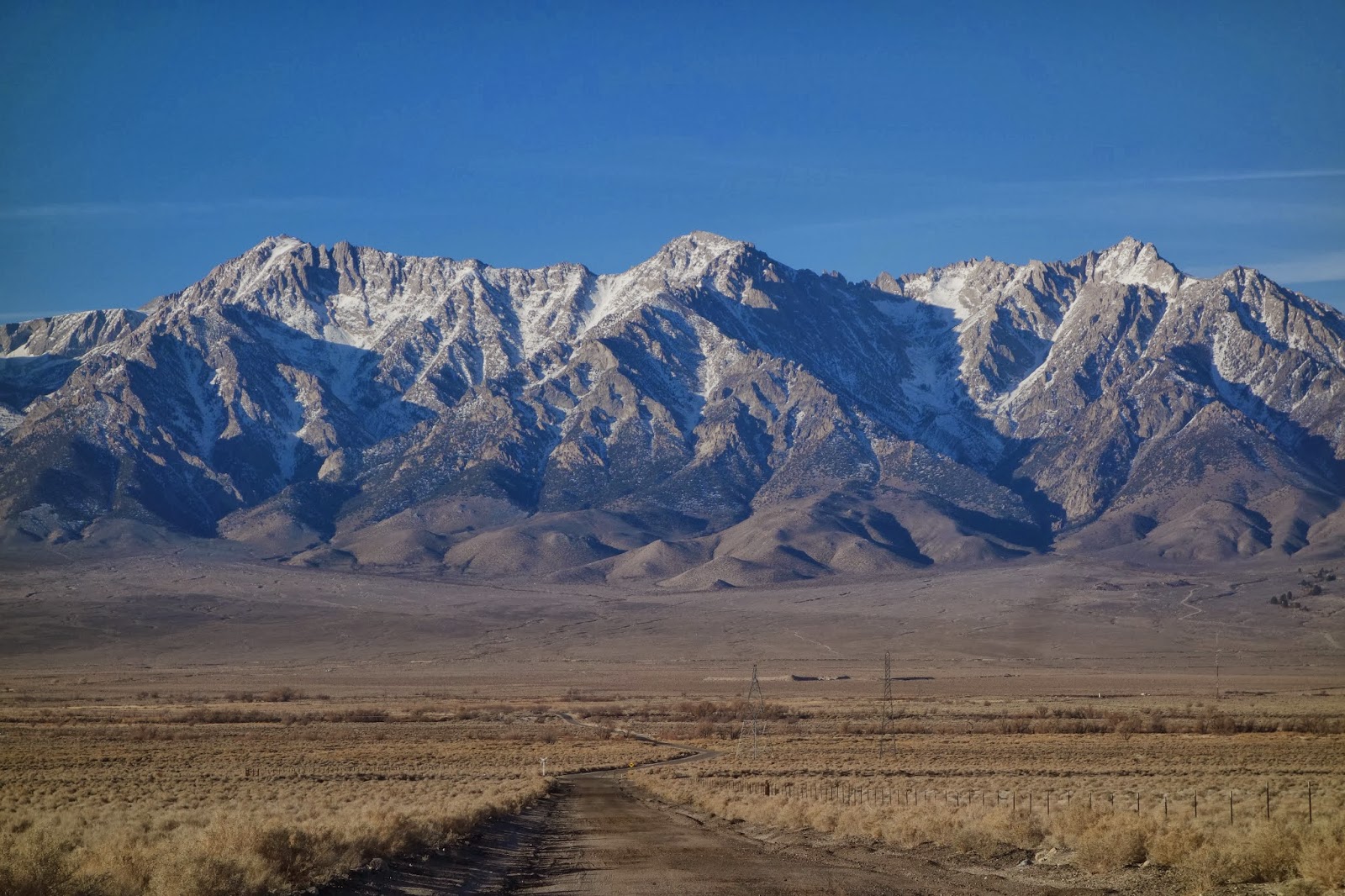 Since I knew that most of my go-to spots would likely be undisturbed, I decided to start the morning checking out new spots.  The first spot was a bust and so I headed off to a pond that I had not checked out in a long while.  It was barren and half frozen.  That was okay as I wanted to make sure I remembered where it was so I could come back to it in the spring and try my luck on some largemouth. 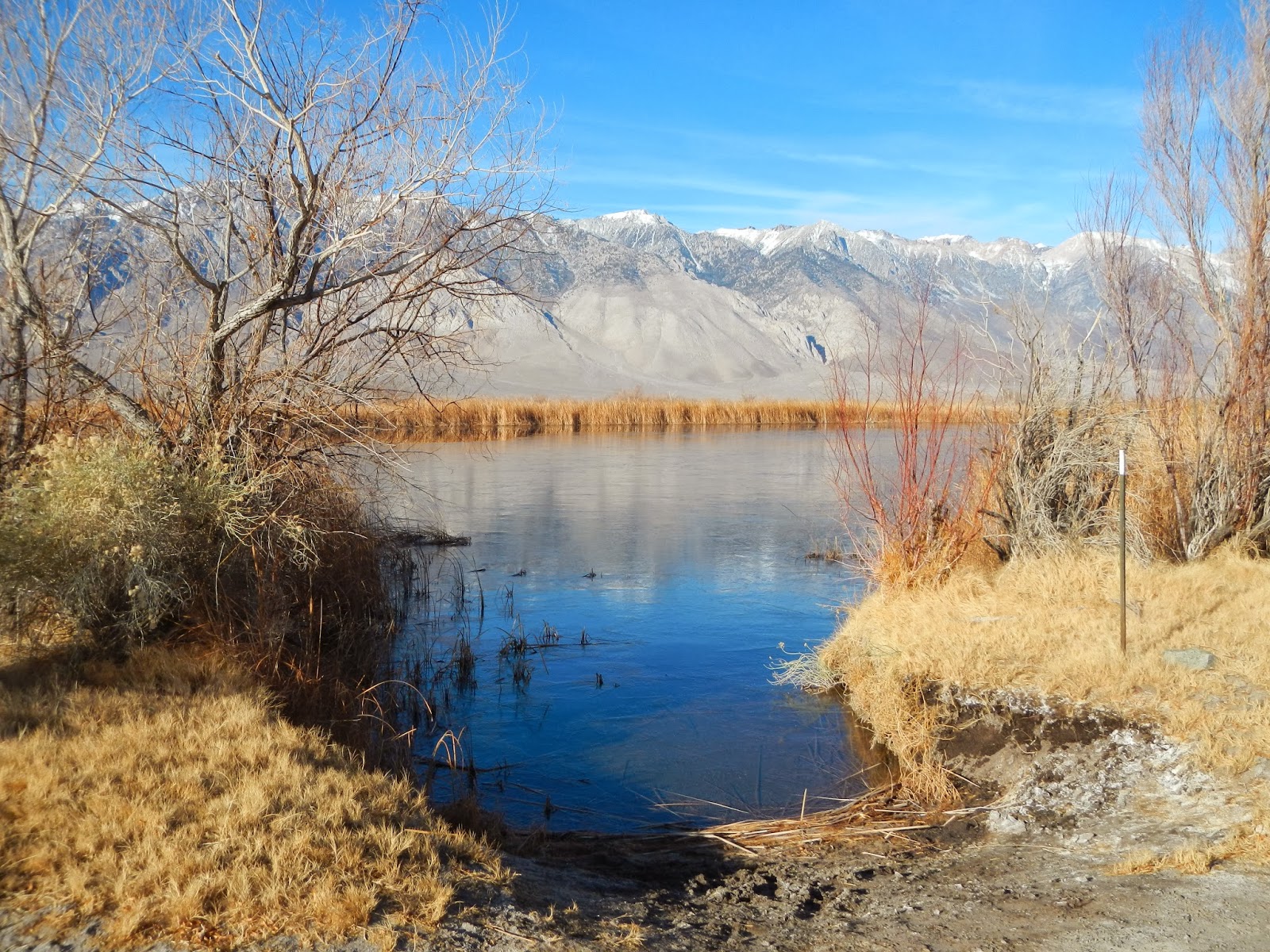 As the pond was a bust, we drove on looking for another pond I know of and while I was unable to find it, I did find a new one.  It was completely froze off. These roads unless you drive them all the time it is easy to take a wrong road and leads you off track. 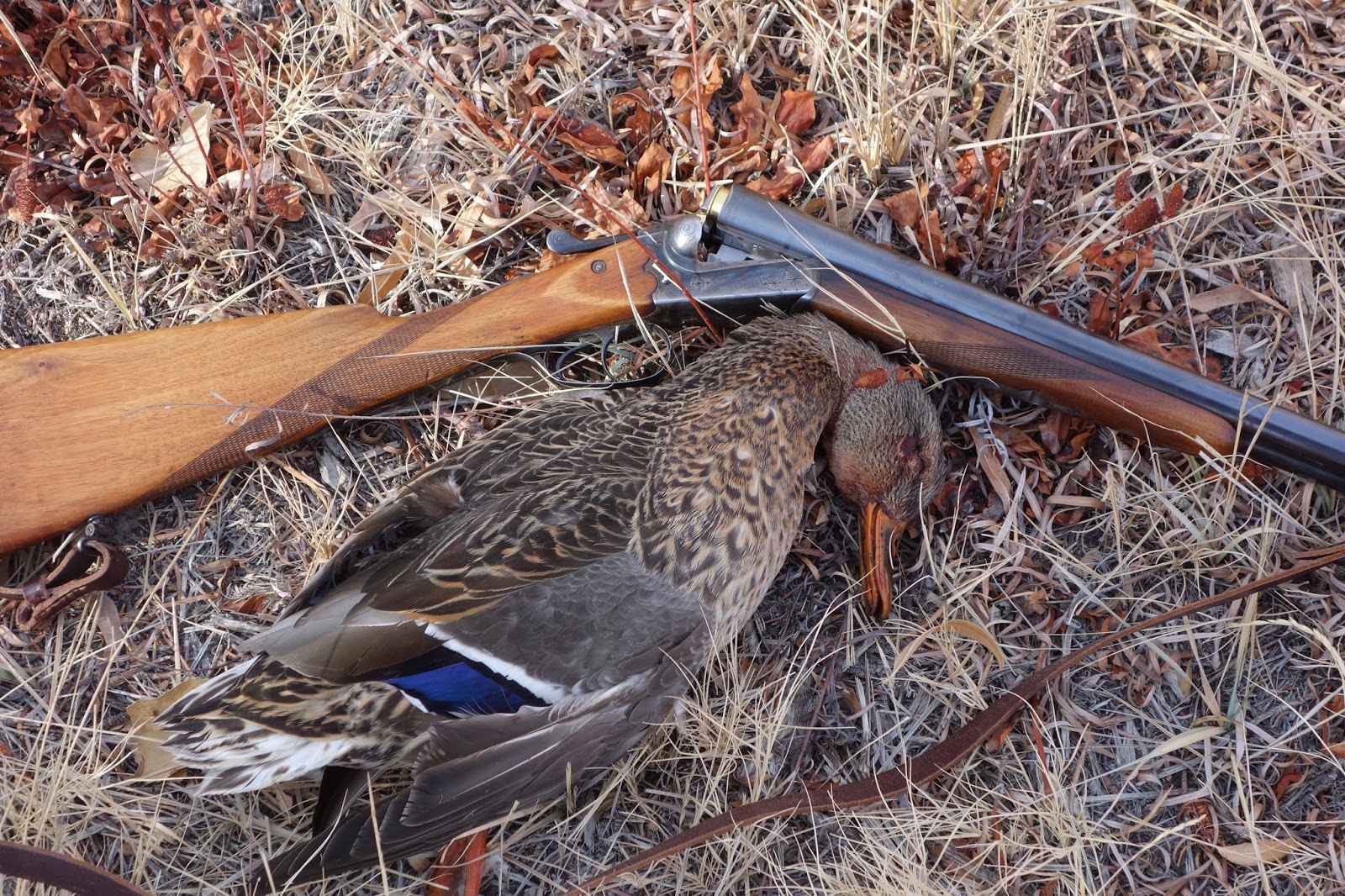 We checked some other areas and they were also all frozen.  We then headed to one of my favorite spots.  On the first half we flushed three mallards.  I took a shot at one missing with the first shot and it looked like I nicked her with the second that caused her to spin around and changed direction, with my gun empty dad took over and dropped her down with the first shot of his Merkel Model 8 loaded with Bismuth No.4.   I tried crossing the stream thinking it was shallow but it was deceptively deep.  I wore my waders without the shoulder straps connected and had some water filled my Simms.  Kaiser and I made it across to retrieve the hen and made it back to dad to hand it to him.  We moved on and then we flushed a pair of mallards.  Having a perfect bead on the greenhead I fired but since the ducks flew behind some trees I only hit the tree.  I could tell by the impact, it would have nailed the mallard had there been no tree been there. 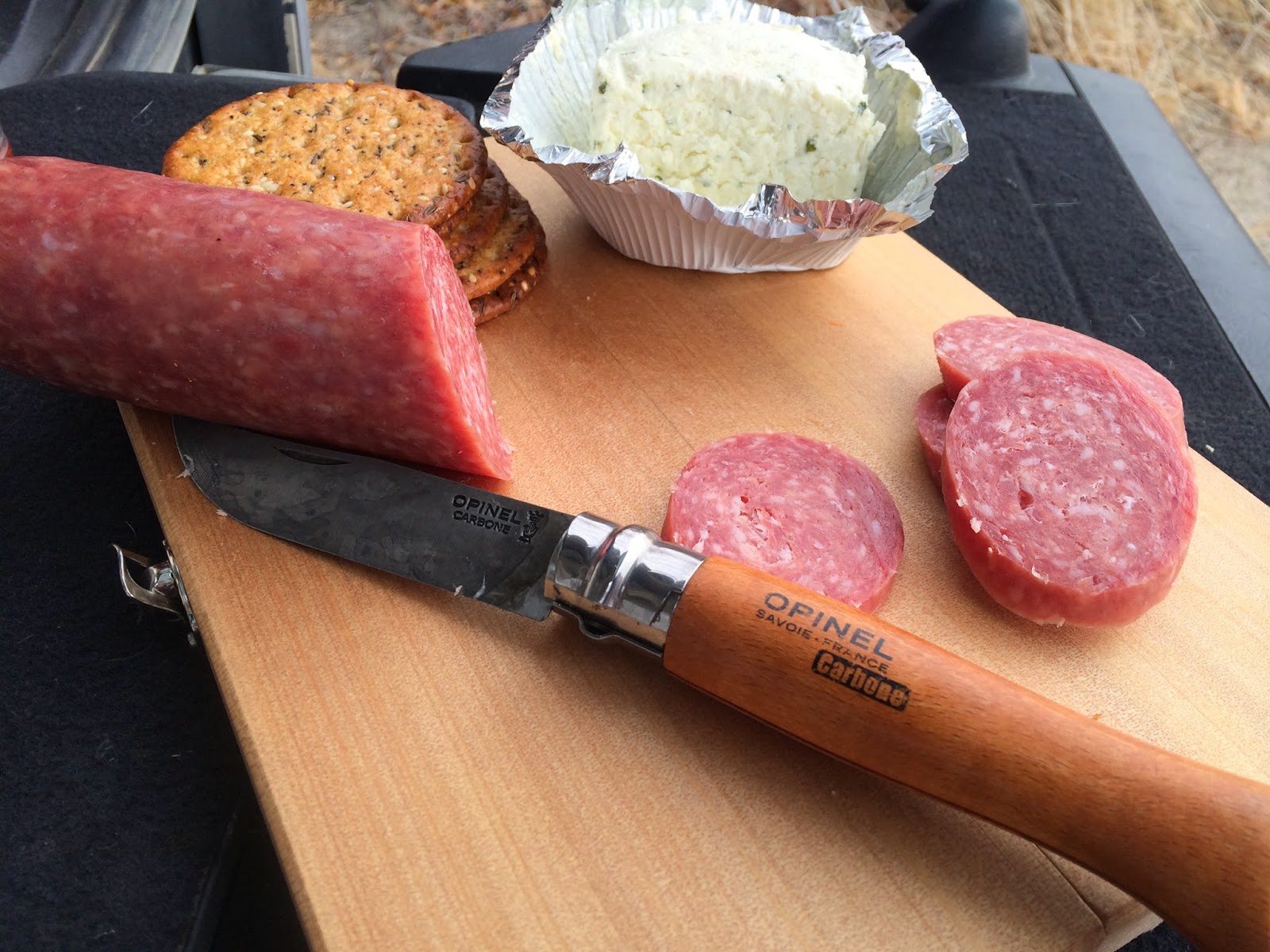 Having checked the rest of this area without any success, we drove off to check another section of the river I never been.    After hiking upstream some ways, I gave up on the area and moved on.  On the way out all we found was a lone merganser that I wasn't too interested in taking.  We took our lunch streamside and while eating we were buzzed by one of our Naval pilots in what appeared to be a  F-18 Super Hornet. 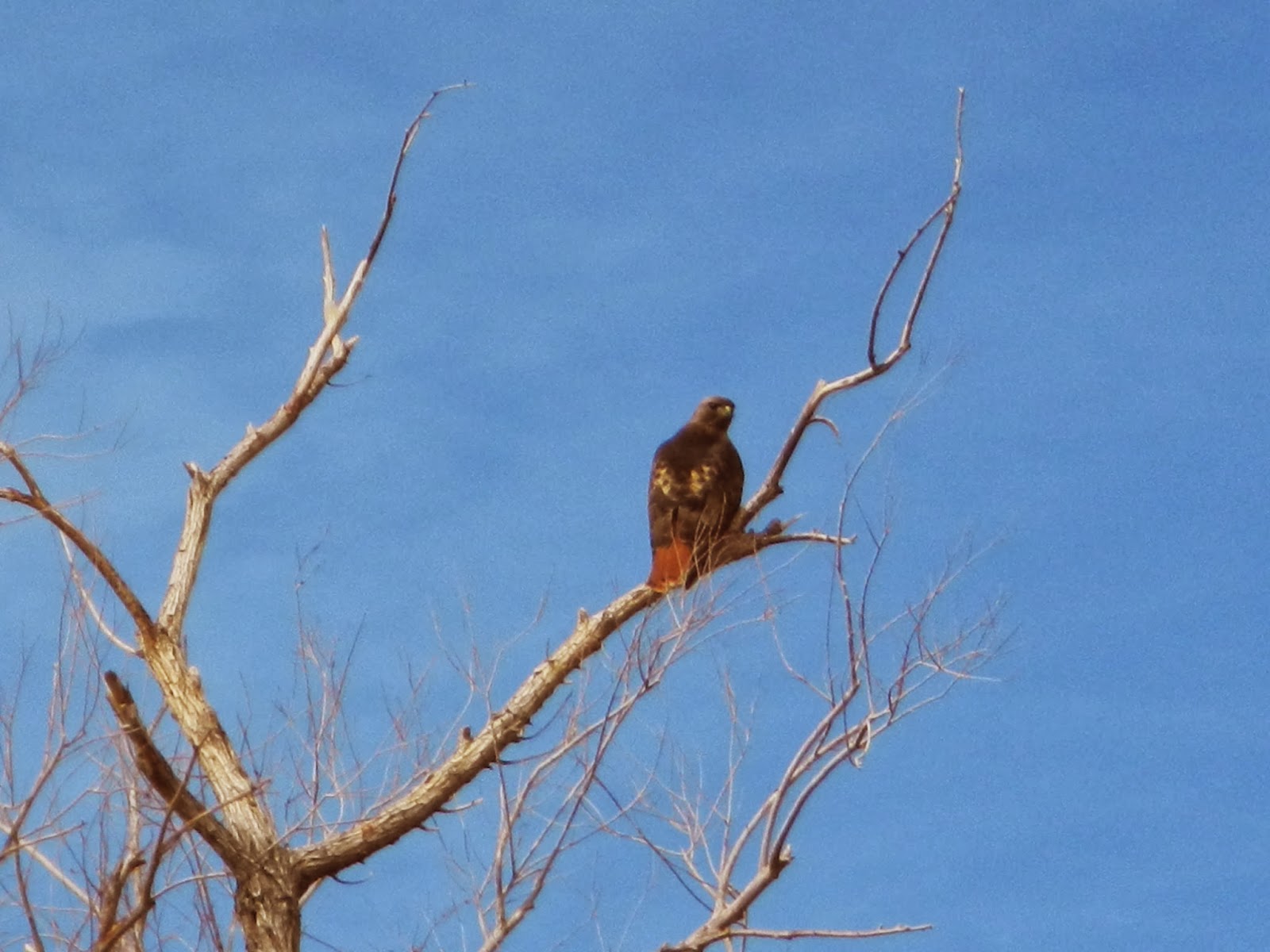 On another part of the river I parked along side water after checking to see if there were any ducks.  When I climbed out of the Rover, I checked the water again and from the far bank three mallards flushed.  Had I seen them I could have put a very easy stalk on them.  I walked up the river and only saw no more premium duck only "trash" ducks. 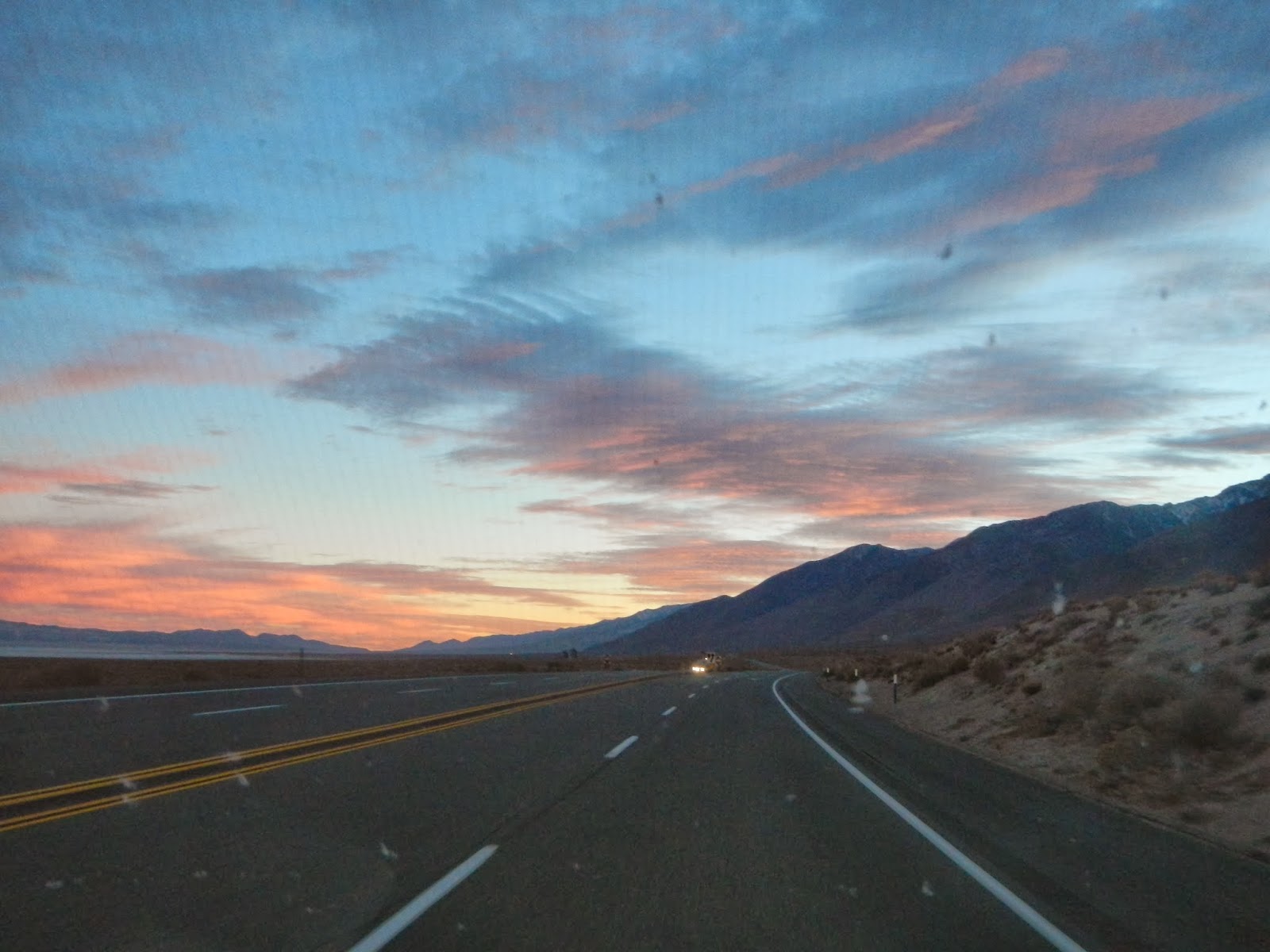 By this time I was exhausted from four days of hunting and looked at some areas that didn't require too much hiking.  We did find two cottontails but did not take them.  With about an hour left of light, I decided to drive to an area that Dave told me was holding geese.  Having never hunted that area I drove down the dirt road and it proved to be too hard an area to hunt while tired.  It would have been a lot of bushwhacking that I was in no mood for.  The rest of the road was closed off and I had to turn around and that was the trip.  This maybe the last "trip" of the season unfortunately.  Hopefully I can get one more in but I'm not too sure that's going to happen. ﻿ 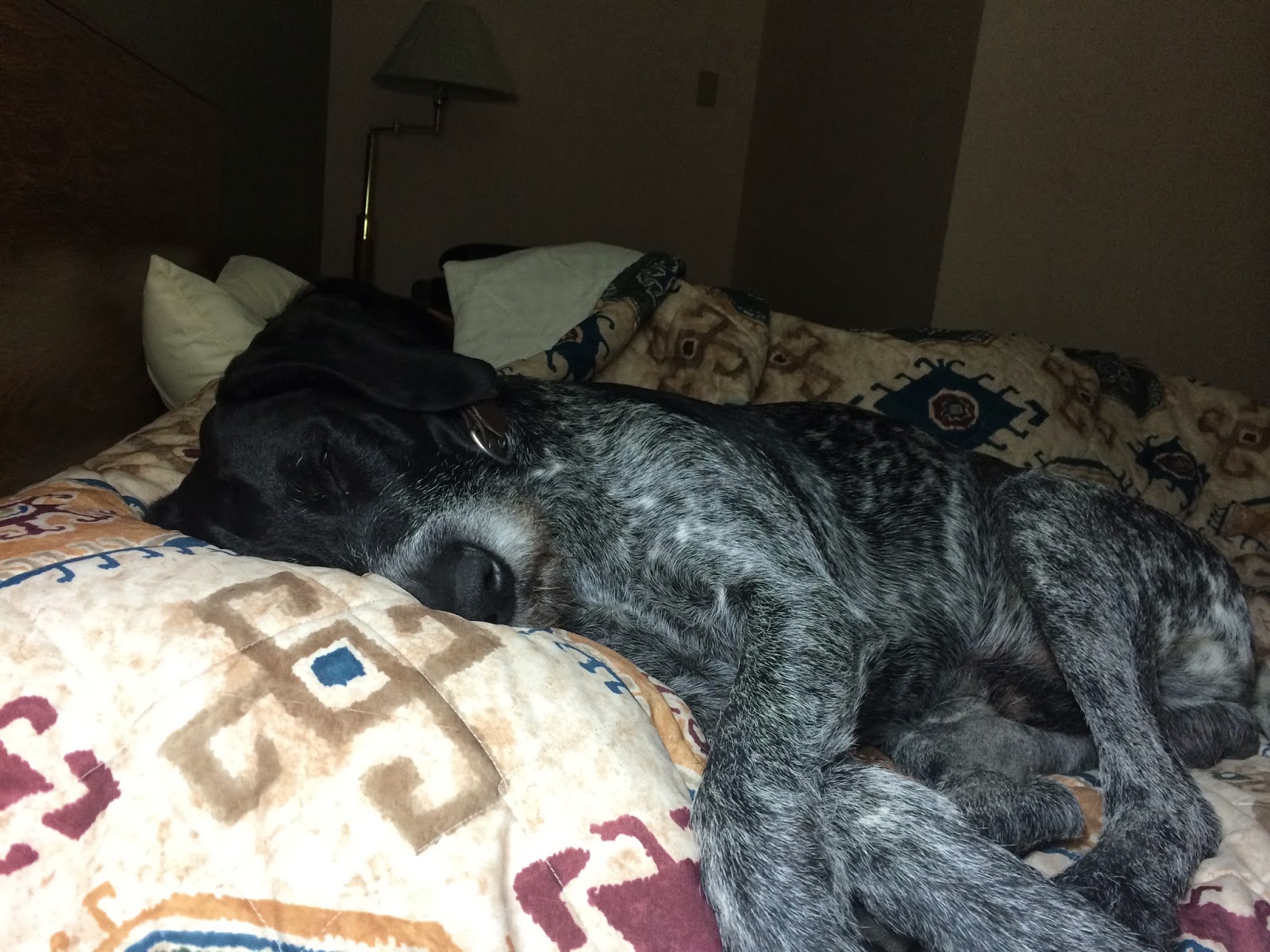 Posted by gourmetsportsman at 2:17 PM