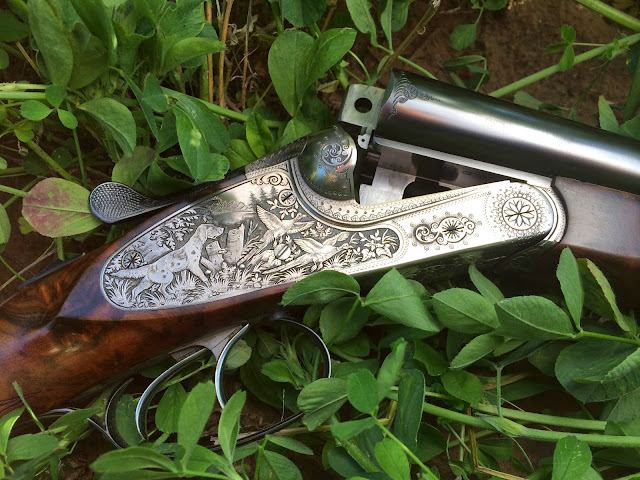 South of here lies farmland rich with game.  Pheasants were our target but would be happy to take a Gambel's quail, dove, waterfowl or cottontail if presented with one.  It's been a few years since I've hunted this area, at least five years.  Despite poor hunting years, I have always managed to at minimum come home with some sort of game so I hoped for the same this year.  I generally don't travel south as the hunting options are more limited and the fact that I would be sharing fields with illegals hopping the border fence with Border Patrol giving chase.
Worried not having been here in so long, my concern was that many of the fields may have been posted and hunting areas more limited than before.  It seems that this is not the case as most of the areas I wanted to hunt are still open to the public.
Normally I don't hunt with rookies.  I don't want to have to worry about the gun safety of a novice, the safety of my dog and the safety of myself or the newbie.  It's tough enough trying to keep track of Kaiser let alone worrying about the muzzle disciple of another who has never felt the excitement of a wild gamebird flushing.  But despite this I took my buddy out for his inaugural hunt.  I made some ground rules before handing him my spare Merkel Model 8.  First until I feel comfortable with him in the field, he would carry the shotgun broken open and when a bird flushed or when Kaiser went on point would he be able to close the gun and prepare to fire.   Of course I went over the basics such as field of fire, muzzle disciple, use of safety and such.   After working a few fields, I was comfortable enough to carry normally with gun on safe and action closed.


All in all it was tough day, not surprisingly given this years state of hunting but we did see birds.  Hunting here is not really my cup of tea.  Don't get me wrong I like hunting farm fields and I like hunting pheasants but I don't like having to hop scotch to one field to the next.  Much of the day is driving around looking for the next field to hunt.  As Chul described it, it's like fishing a Blue Ribbon Steam, you end up driving looking for open holes more than you actually fish.  Its not physically exhausting but more mentally.
As we drove we must have flush over 60 doves and a handful of quail for the day with the Rover while searching for the next field.  None of them were really hunted as by the time we could give chase they were gone.  On our very first farm field, Kaiser became birdy and went on point, adjusted as the bird zigzagged trying to escape.  It flushed before me but as I began my mount, I realized it was a hen so no shot was taken.﻿ 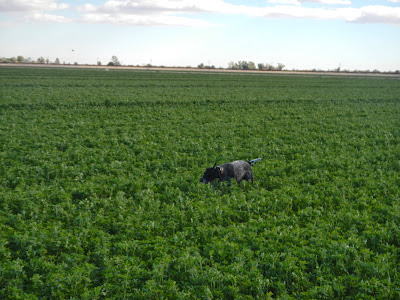 We would spend much of the day driving around looking for areas.  Kaiser would give us three or four more points throughout the day but all the birds would elude us and no more pheasants would flush in the alfalfa fields. 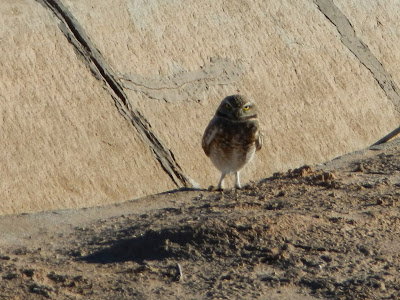 Earlier in the day we worked more wild habitat and I managed to take a jack.  Toward the end of the day we worked the natural habitat near the fields.  I have had success here in the past flushing roosters, dove, quail and rabbits so this would be the last chance if we wanted to come home with some meat. 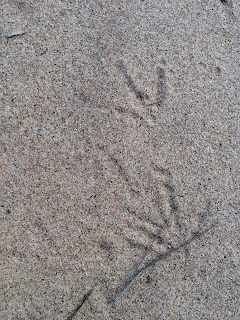 We would eventually flush a few pheasants none of which were within a firing lane nor were they easily identified as a rooster so no shots were taken at them.  Also quail flushed wild too quick and far for a shot.  They flew into the most dense area, impenetrable for us humans so giving chase was nearly impossible.  A few quail did run in front of us about a hundred yards but by the time we were even close to them they were gone too.﻿ 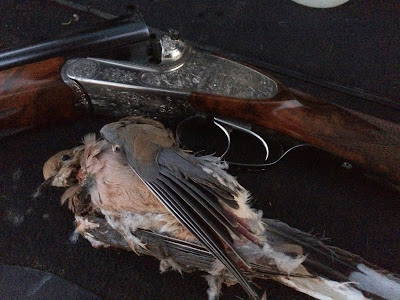 On the hike back to the truck, I did manage to take a dove with the last few minutes of legal hunting time.  With the light now fading fast it was time to drive back home.   I decided to give my harvested meat to my buddy so he could try it and also take the hide of the jack so he use it for tying or for use as lining on his new bow quiver.  It's was too bad I wasn't able to get him on any game but such is hunting. 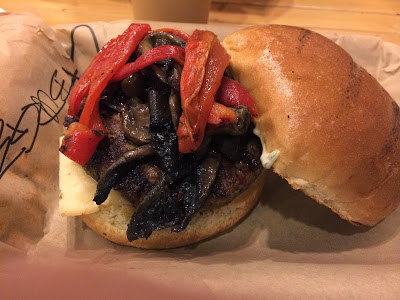 We went for a white truffle burger at a new joint I hadn't tried yet.  Although it was fine, personally I should have just ordered a regular hamburger.  I'm not quite sure of these so called "gourmet" burgers, sometimes they are more gimmick than anything else.
Posted by gourmetsportsman at 11:56 AM