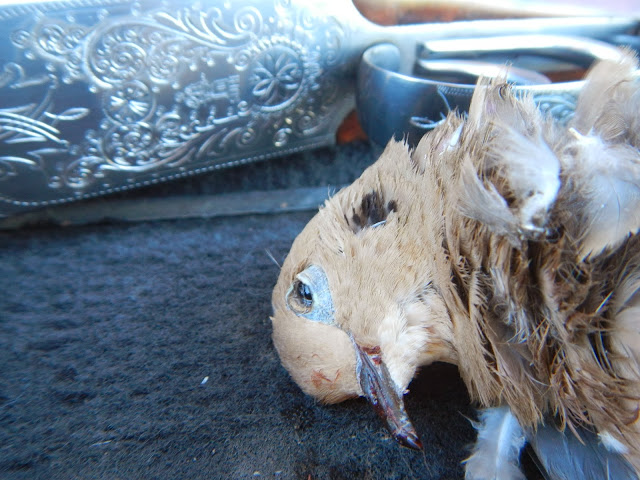 I tried to get at least one of my buddies to come out with me but I must have heard every lame excuse this week, "I have a (bow) competition," "I have to work," "I have to go to my son's game," "My sister's baby is due this weekend." None of the them sounded legitimate to me so it was up to Kaiser and I to work the fields by ourselves.  With just the two of us I knew working the bigger fields would be difficult to get those pheasants to hold for a point.

Without anyone to wait up on, I accidently overslept an hour and a half.  I mistakenly turned off the alarm instead of putting it on snooze.  When I finally made it out I was stuck in traffic!  On a weekend before 6am.  Give me break.  I made the drive and arrived over an hour past the start of legal shooting time for pheasants.  I worked a field adjacent to thick natural vegetation.  The field proved empty at least the area I was working.  We made it back to the Rover and worked the natural vegetation.  Kaiser would go on point and I walked up.  Three Gambels quail would flush and I would miss badly despite the fact the bird looked as big as a softball in my mind.  As I reloaded a couple more could flush out.  We could not give chase as the area was too thick to ford through.  For the life of me I can not hit Gambels.  Granted I rarely go after them but every time I see one here I have always missed them.  In fact I've never taken a Gambels and its starting to piss me off.

Most of the day was spent driving around looking for fields to hunt.  I finally found a few but none had even a hen within them.  I did manage to find a few dove in the ditches.  The first single I managed to take with one shot out of the IC barrel of the Merkel 147SL 12 gauge.  The others I missed poorly and I began overthinking my shots.  Swing through, pull away, constant lead, I tried them all and caused me to overthink very shot.  Worst mistake.﻿
This outing unlike last week, I had more opportunities to take game.   I even ran into another covey of Gambels in another area in the thick stuff.  One bird flushed out of a tree and I put my bead on him and shot without continuing my swing.  Missed with both shots.  Gambels need not worry about this hunter apparently.  Pathetic. 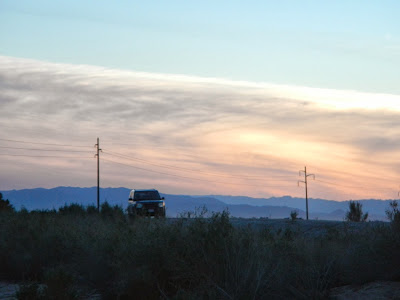 I managed to take down two more dove unfortunately I was unable to recover them.  Nothing upsets me more.  The first one few in stuff so thick I'd need a bulldozer to get him.  The other fell into an adjacent alfalfa field but we had two canals we needed to navigate past and when we finally made it to the field I lost my mark and Kaiser was unable to find the bird.  Legal shooting time now coming to an end I called it quits and headed back to the truck.  I had talked to a few hunters throughout the day and all of them flushed hens.  Despite bringing provisions for another day of hunting I decided to head home instead.  With no promise of roosters and without enough hunters to thoroughly work a field I thought it prudent.  We have one weekend left to see if we can get ourselves a rooster and with Ed committed and others interested we'll see if we head back out next weekend or if we try our luck on something else.
Posted by gourmetsportsman at 10:50 AM