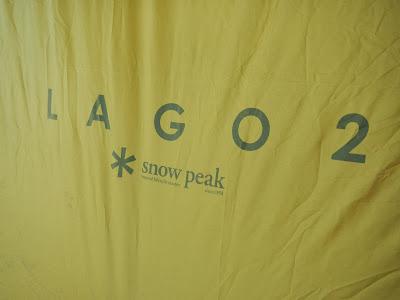 Since seeing Chul's Big Agnes Fly Creek UL2 on a trip last year, I've been a bit envious and been looking for an ultra lightweight tent for backpacking.   Naturally the first on my list was the Fly Creek but I looked for others to see if there was a better alternative.  While The Big Agnes is a nice tent, it always seemed a bit delicate to me. 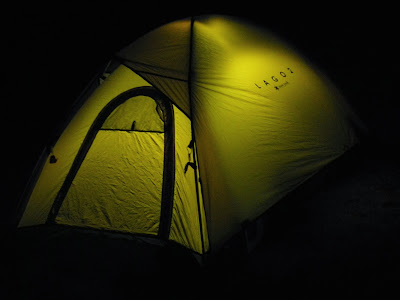 Until a few years ago weight before never was much of an issue for me, as back in the day my trail buddy, Joel and I would share a three person tent and split the weight between us.  Since Joel was from some mutant strain of pack mule and had high tolerance toward discomfort, he humped much of the weight.  Now that I no longer share a trail with him I must carry all the weight on my own.  So a tent around 3 pounds total weight is definitely appealing to me. 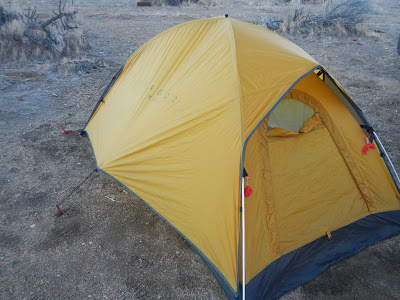 As I write this the Fly Creek now can be found all over the internet for as low as $280 and I was on the verge of buying one until I found out that Snow Peak USA is importing some of the tents here in the US.  I checked to see what they had and I was impressed with the Lago series.  There is the Lago 1 (one man) and Lago 2 (two man).  In my opinion, one man tents are a way too cramp for a extended periods of time so for solo trips I look for two man tents.  Generally I add one "man" when using tents.  In other words when I'm camping with another I opt for a three man tent.  The only time I'd share a tight two man tent with another if I were with a child, dog or a gal.  Otherwise sharing a two man tent with anyone my size or bigger would be much to intimate a situation for me.  Given the minor weight difference the Lago 1 and Lago2 I have no problem lugging a few extra ounces to get a little more space. 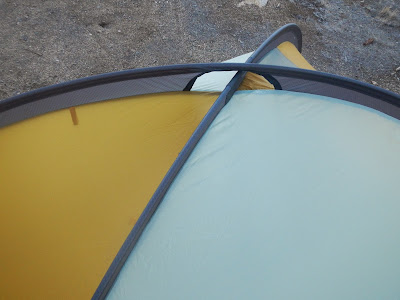 While slightly heavier than the Big Agnes tent, the Lago 2 is still a very lightweight tent.  This is a proper four seasons tent and has an impressive overall weight of 3.1 pounds with fly.  Unlike the Fly Creek this is designed for mountaineering and for winter use.  This is done by a stronger and more stable 2 pole X-frame design.  Walls are constructed fully from 20D Polyester with mesh only one the top quarter of the door and a small vent on the roof.  Without a doubt the summer months in this tent will definitely be warmer than the Fly Creek which has the walls and roof covering nearly half the mesh of the total frame of the tent.  This may not be too much a concern though as daytime hours will likely be on the stream or hiking or anything but staying in the tent.  Another aspect that keeps the weight down is that the tent does not include tent stakes.  The instructions recommend using heavy rocks as an anchor.  I have done that before but it assumes that there are available stones large enough to actually hold your tent down.  Otherwise you'll need to purchase the stakes separately. 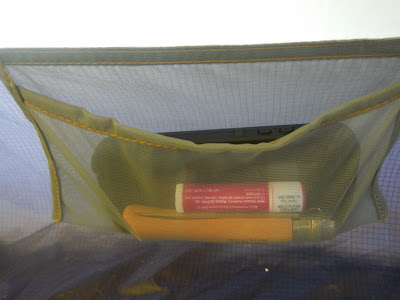 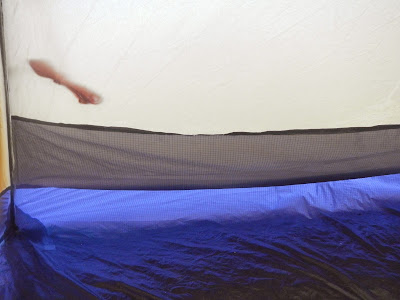 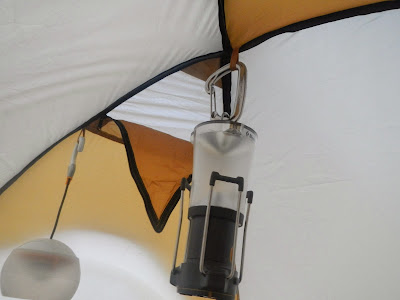 Given it's lightweight, this tent is not as sparse with amenities as one may think, it does have two tiny side pockets and large pocket running the length of the rear wall.  Also there are several hook tabs on the roof for a gear loft or for hanging a lantern via a carbiner.  At each point of the tabs there is a triangular vent on top of the roof.  The other vent is on the top fifth of the door.  It didn't seem like much to me at first but after sleeping in the tent with the dog there was little interior ventilation when we awoke the next morning. 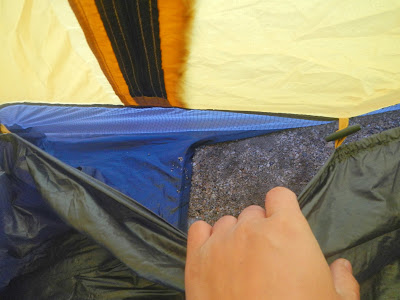 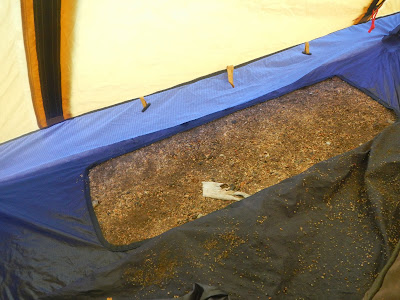 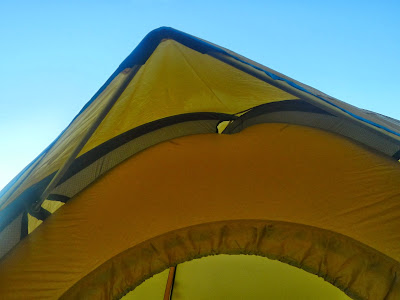 One aspect unique to this tent is that there is no vestibule in the traditional sense, it does have an interior vestibule with a removable floor plate and the fly extends slightly to create a mini vestibule to shield the entrance from bad weather.  Flooring near the door is held in place by tabs which I'm not quite sure about this feature.  In rough weather will it tract water or snow?  In the heavy rain will the flooring flood or will it be able to keep the water out?  How does it affect warmth in cold weather.  What happens if when you pitch the tent at night and realize that you have actually pitched it on top of an ant colony as Chul and Erika did last spring.  I doubt it will keep those ants from entering the tent. 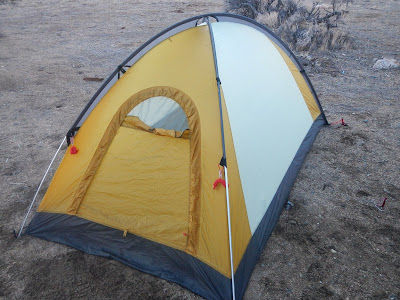 Not much has been written about this tent here in the States, so when I researched it on Japanese sites I learned that this tent was made in Japan.  I was sorely disappointed when I received this tent and saw that the one I got was made in China.  I'm not sure if the Japanese market gets domestically made tents whereas exported versions get Chinese made tents or if they just moved production. 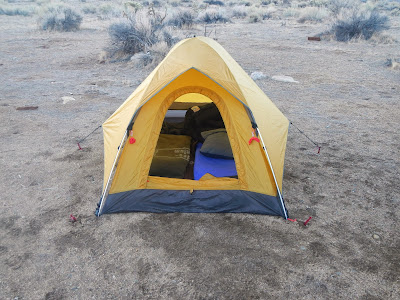 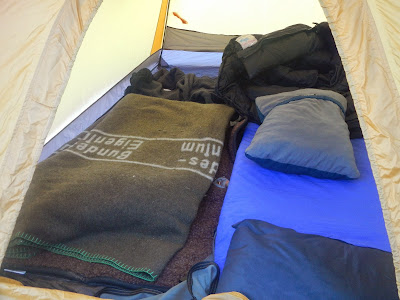 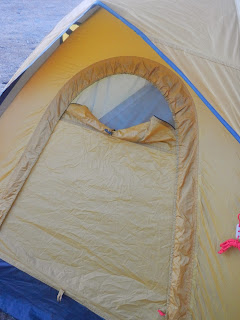 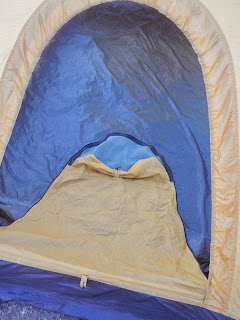 The doorway is a bit cramped and it opens from the bottom.  I'm not a big fan of this as when you open the door you actually have the potential of stepping on the door and therefore possibly damaging it.   I don't believe any regular sized American could possibly fit two people in here.  The dog and I spent an evening in this tent and it was quite cramped even more so than my North Face two person tent which the both us have shared in the past.  This tent is plenty though for one man with enough space for most gear.
Posted by gourmetsportsman at 2:04 PM