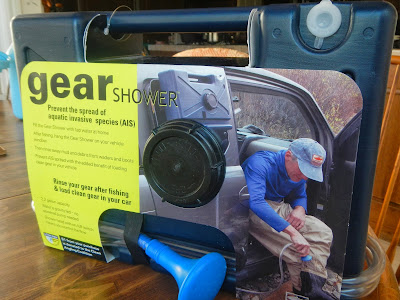 While I was away on my cast and blast trip I received my Waterworks Lamson Gear Shower.  A portable "faucet" is a nice luxury in the field.  For the longest time I carried a 10L MSR Dromedary Bag with a shower kit to wash my hands, face and more importantly my game and to  less extent my gear.  Unfortunately I bought three of those sets as I kept losing the bag.  I would place them on the roof of my SUV and forget about it and drive off.   Those bags are now littered throughout California fields, most likely picked up by some lucky sportsman who has found them. 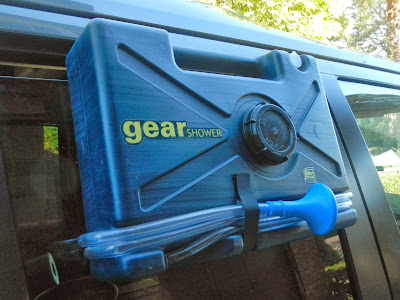 Unlike the MSR this shower is more rugged casing made from plastic.  So you needed worry too much about breakage and water spilling all over your vehicle. 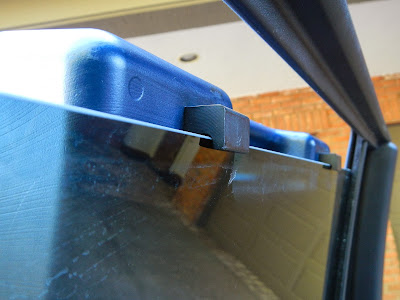 On the backside there is two hooks to attach to your car window.  The system is gravity fed do the taller the car the better flow.  All is required is about two inched of clearance.  Attachment is sturdy and is unlikely to fall off.  Having the water system attached to the window is a benefit to me as its hard to forget about it and drive off.  Also since its made of plastic even if you forget about it and drive off you'll likely hear it fall off so you can retrieve it. 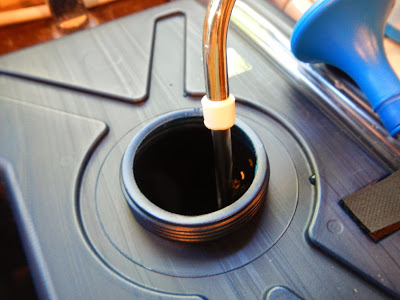 The middle of the can is the cap where water is filled.  I'm not sure if that's an ideal placement I would have rather seen it placed on the top to prevent possible leakage.  Perhaps it was designed here to allow a larger hole and the ability for easier cleaning.  The cap is sealed with a gasket so hopefully that is good enough to prevent leakage.  I don't believe this is intended to be an actual shower so I'm not sure how it will fare with warmed water. 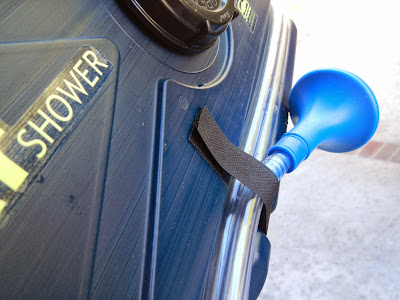 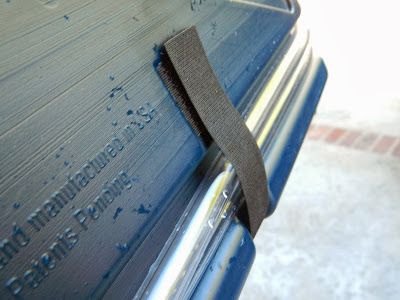 The tube is conveniently designed to be wrapped around the can.  It is secured by Velcro on each side for tidy transportation and/or storage. 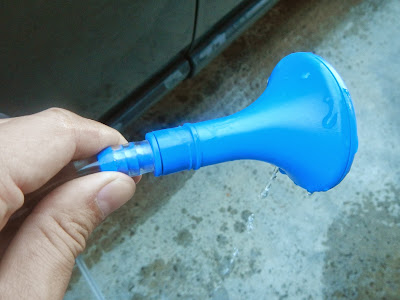 The showerhead is a simple pull out system.  Extending the head turns the water on and controls the flow.  The head is also bigger than the MSR shower. 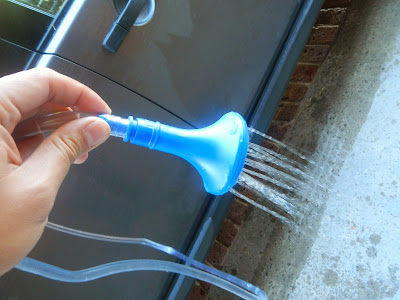 The flow is decent.  Good enough for wash your hands or wash off the grime from hunting.  This system would also be good for salt water fishermen who want to wash the salt off their gear. 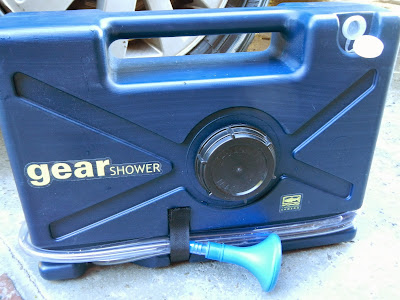 This system was intended or at least marketed to wash off invasive species from your waders and to rinse away debris and mud from gear.  While that is good, as I have mentioned my intentions are less noble.  The gear shower has a capacity of 2.2 pounds.  As water is 8lbs per gallon that equates to about 10 pounds including the shower system when filled. 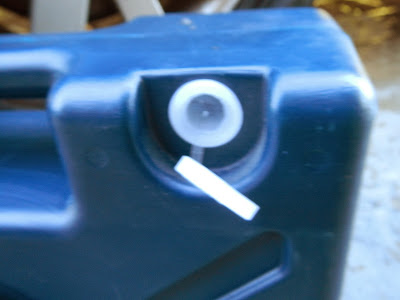 On the upper right hand corner is the vent.  Its a simple cap that is attached by a tab to prevent loss.
The Gear Shower looks like a good system and it's manufactured here in the USA.   With Kaiser out of action it might be some time before I can really test this thing out but I like what I see so far.
Posted by gourmetsportsman at 8:10 AM