On Order From France 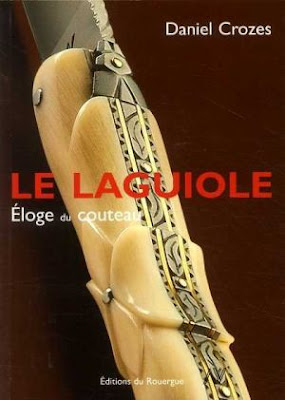 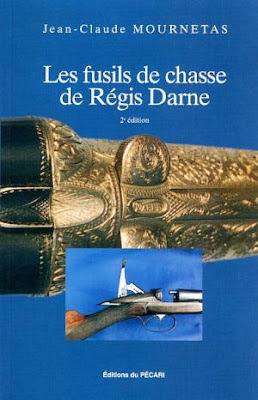 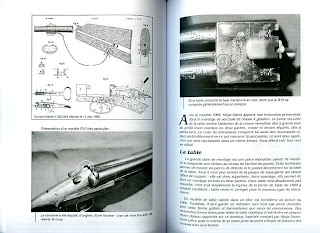 For the longest time I have wanted this book Les fusils de chasse de Regis Darne by Jean-Claude Mournetas.  I have known about it for over 6 years now.  Unfortunately it has never, at least not to my knowledge, been stocked on this side of the pond.  There are many reasons for this,of course, one Darnes are not too popular or even common Stateside, and two, this book is only available in French.  Although I haven't a clue how to read French; I wanted this book solely for the photos.  I'm weird like that and notorious for buying books in languages I can't read. 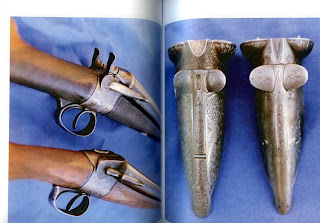 Years ago I found this Darne book and wanted so badly to buy it but only bookstores in France sold it.  None of the websites had were bilingual.  Recently I began my search for this book again and noticed that a seller on Abe Books was selling it in Quebec.  I got all excited and order it.  A day later I received an email from Abe stating that the seller no longer had it in stock.  Bummed, I started surfing for it again.  I found a site that actually was bilingual, well sort of.  It was half way translated to English.  When I was placing my order, most of it was in French though.  Most of the ordering process was pretty self explanatory and straightforward but for all I know I could have order some gay porn without even knowing it.  We'll see when I finally receive it. 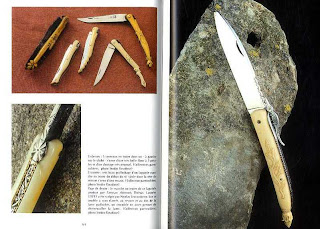 While looking for the Darne book I found Le Laguiole Eloge du Coutea by Daniel Crozes.  I actually was able to order this book from Amazon so it was much easier to order.  I didn't need to pull out the translator.   The seller though was still in France. I recieved an email the other day stating that is was shipped and expected to make it to my door by the 3rd of May.  So I'll be waiting patiently for it to arrive.
From these pages I pulled from the website it looks like a good one. 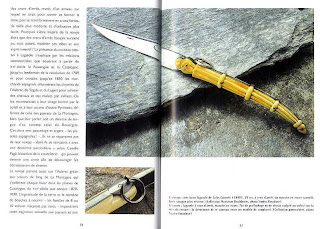 Both should make some nice coffee table books even though I wouldn't have a single clue as to what the heck the text is talking about. Maybe I should start learning French among other languages.
Posted by gourmetsportsman at 2:30 PM