Carpin' Waters Are Back! 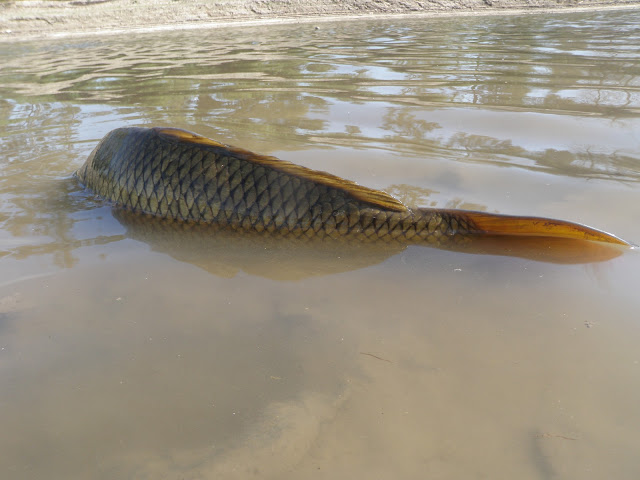 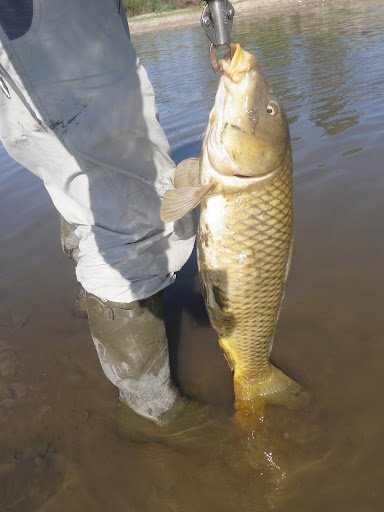 After being skunked on my last two outings, the local carp waters are back!This afternoon I managed to go carping and normally when you catch a fish over 9lbs on a five weight, it generally is a time for celebration. But I'm pissed. I'm pissed because I did not get it on film. I thought I did but apparently I did not have my Contour on at the time. I could have sworn I did. At least I did take some pictures of it but nonetheless I'm still peeved about it. I did managed to get my first fish on film, a 5lber and lost two others.

The 9lber was lazy, he barely fought. It just sat there and only moved slightly when I pulled on my 5 weight. The 5lber on the other hand had no quit in him. I'm so disappointed that I did not capture it.

I started fishing at around 2:30. The wind had already picked up but not as bad as when Chul and I fished it a couple weeks ago. One of the first things I noticed when 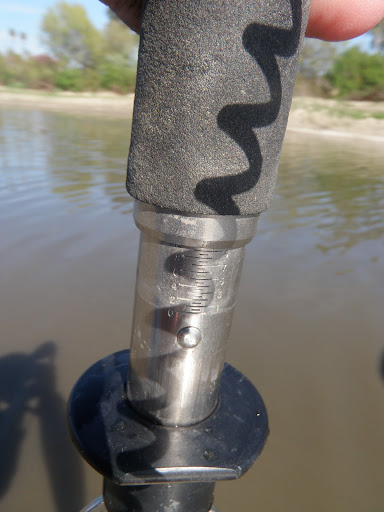 I reached the water is that the river has receded. This makes a huge difference in spotting fish. Firstly you can see them in the shallows now. Secondly you can actually reach them so you can make a decent cast at them. Even with the breeze chopping up the water these two factors made it so much easier.

It took several casts and at least an hour before I was able to hook up with any carp. The fish kept refusing my Prince Aggravator, which in the past has always been my go-to fly. I switched to what I call the Prince Harry Aggravator which in essence is the exact fly except it has a black tail and beadhead. (I named it after Prince Harry because he's the black sheep in the Royal family). For whatever reason this fly generally works well when the original version seems to fail. Today I used size 10.

I managed my first fish only a couple feet from shore. He took the fly hard and ran like mad. After I landed him a few feet upstream I managed to hook up a real fighter that ended up spitting the hook. I have no ideal how big he was but he was a feisty Mo-Fo. I was pissed I didn't quite get a good hook set on him; he hit the fly so hard and ran so fast I figured he set the hook himself. I was wrong.

After some cursing, I made my way to a pod of carp. Seeing a tailer in front of me I made several casts to him. Eventually it took and I set the hook and it made a poor attempt at a run. The more I pulled the less the fish would react. I thought I might have foul hooked it since it barely reacted to my pressure. It gave a few weak attempts to escape but in realty it just sat there. I basically pulled him in after a few short runs. I just beached him and he sat there. When I could see him I was shocked at his size. He weight in at over 9lbs just under the 9.5 mark on my boga. I took a picture of it against my leg and it reached just below my inseam. After releasing him I finished the day missing my last fish. 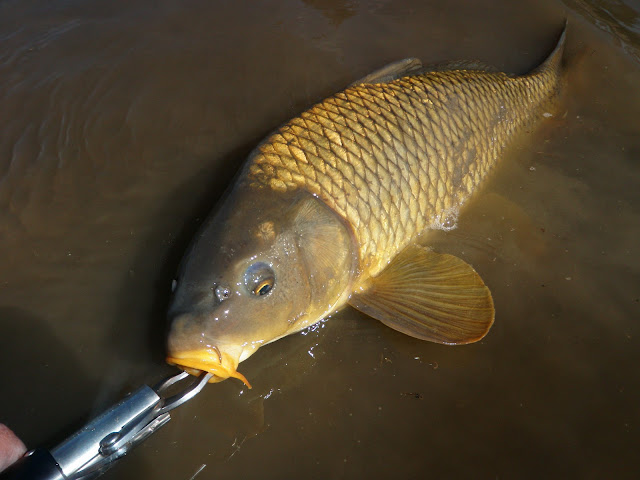 My five pounder just before release. 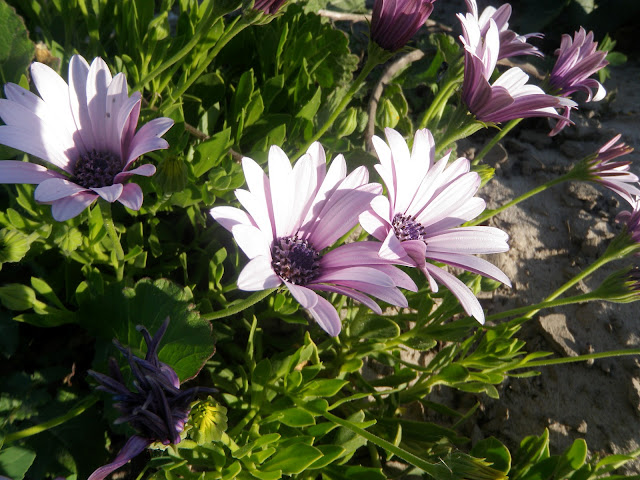 Posted by gourmetsportsman at 5:49 PM