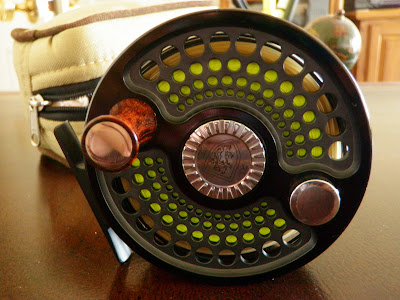 I just read that last month the fly fishing community lost another valued member. Jack Charlton passed away from cancer. Jack made high quality, high end reels. My father bought one in the 90s and has been in my possession since from graduating college in 2000. Unfortunately this Charlton Elite Series 8500 1.2 has yet to catch a fish. It has been only fished once as opportunities to use such a big rod are minimal in SoCal unless you have access to a salt water boat capable to hitting the open water which I don't.

I had considered taking it with me on my two trips tarpoon fishing in Costa Rica but in those days it was not long after 9/11 so bringing reels in your carry-ons was forbidden (I'm not sure if it's still the case). Considering that at that time Jack had retired (he did come back and started making the Mako Series of Charlton reels years later), I figured that the reel was irreplaceable so I didn't want to potentially risk losing it. 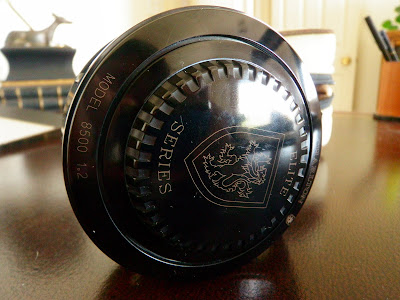 Here is the view of the back side of my Charlton Model 8500 1.2 with it's very large drag knob. This is designed for easy manipulation while fighting large fish. 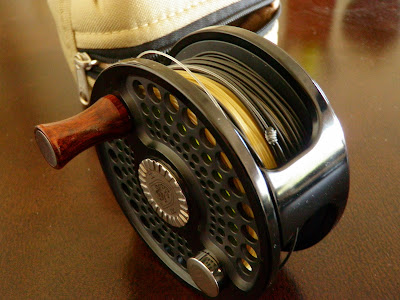 Currently I have this reel loaded with 450 gr line that's been fished once on Bryan Webb's old boat the "Sea Spider" at Catalina Island. We were targeting yellowtail but all I managed was Calicos on my 8 weight. Unfortunately when I switch to this heavier set up, the fishing died down and I was unable to get a fish on this reel. Spools are easily removable and take only a few minutes to change by turning the silver disk counter clockwise. Currently I have a spare with a floating line. 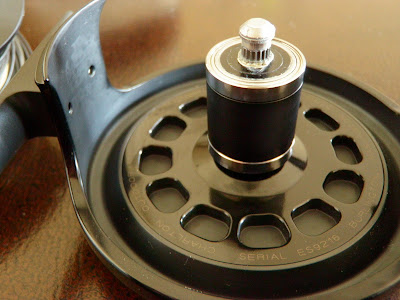 Here is a view of the drag system. At one point Charlton offered cork drags that were sealed in the reel to prevent the cork from swelling and eventually deteriorating. This drag is carbon fiber has many advantages over cork. Carbon fiber has a high heat characteristic as such does not expand as heat increases as fish make long runs. This reel came with, without a doubt, one of the nicest pouches I've ever seen. The interior is lined with padded suede-like material. It's almost couch-like. 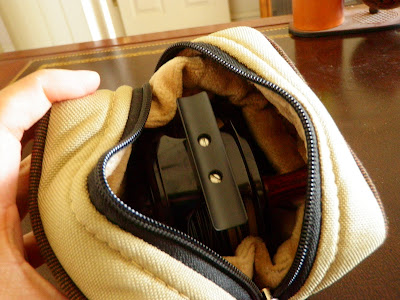 Rest in peace Mr. Charlton.
Posted by gourmetsportsman at 10:29 PM