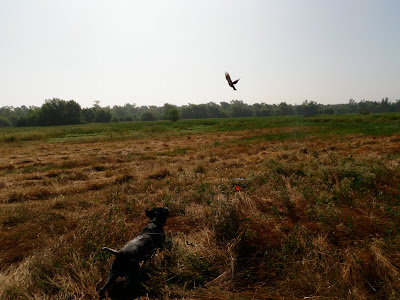 Yesterday I received a call from my hunting buddy and he asked me if I was up for some dog training. My intention was to fish carp on my one weight but I decided that could wait another day. Its been some time since Kaiser and have hit Prado dog park for some training so Lou's invitation was more than welcome. Having not shot my Merkel 47e since I got it back from the gunsmiths at Steyr USA, it was a good time to make sure they did the job properly (although I had no doubt that they did).

Kaiser definitely was rusty. He no longer is steady at wing and shot. I'll have to rectify that this summer. After the bird training I took him to the ponds and worked on his whistle and hand commands. He had not forgotten those, so I think he'll do just fine in the blinds at Wister and San Jacinto. Last season I intentionally left Kaiser home during my duck hunts as I did no training last preseason so I was not comfortable with him in the blind. This year that won't be the case. 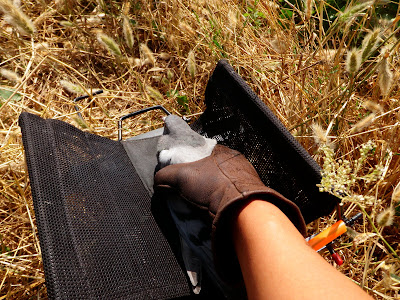 Loading my DT Systems bird launcher. Lou has the LCS launcher. One flaw in the DTS is that to arm it requires a magnet tool to lower the lever. Although I attached it to a lanyard that is connected to the launcher, I find that this is a poor design. What if one loses the magnet during training? You essentially then have a useless box as you can not arm the system without the tool. 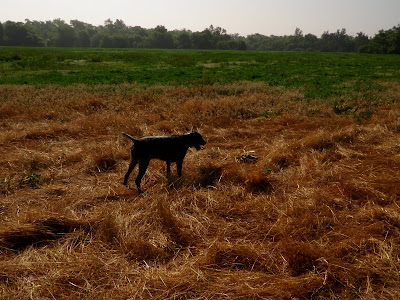 Scenting conditions were poor. Kaiser is literally right above the bird before scenting it and going on point. 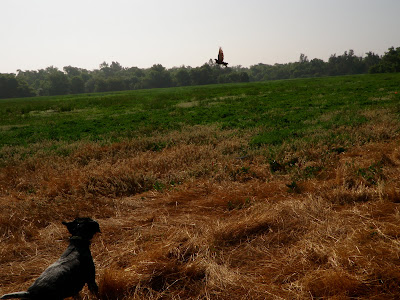 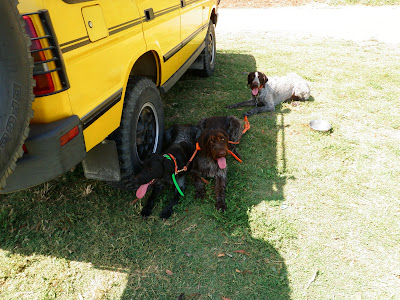 Lou's dog. Two GWPs and one GSP. Each dog had three birds which made for a very long training session. 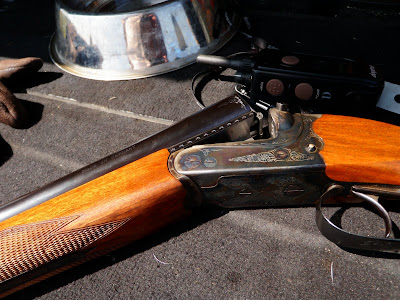 Sidelined last year, the Merkel 47e is back and ready for some quail this season. It will be nice carrying a light sub gauge again.
Posted by gourmetsportsman at 1:42 PM

Email ThisBlogThis!Share to TwitterShare to FacebookShare to Pinterest
Labels: birddog training, drahthaar, fine shotgun, gundogs, Merkel, side by side, wingshooting