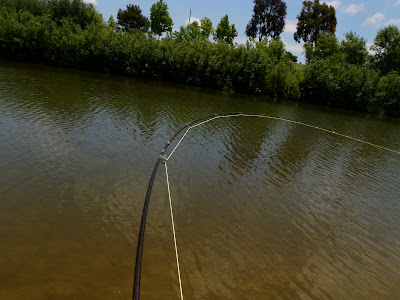 Sage VPS Light 3 weight with quite the bend

This morning I had no intention of fishing as I had some business to take care of but when I finished at just before 10, I saw that the air was absolutely still and changed my mind. Normally by this time its about time to stop fishing as the winds start to pick up making spotting fish almost impossible.

Because I've pretty much have these fish dialed in, I've decided to make things a bit more challenging by what I'm calling "stepping down the ladder." Every time I catch a carp, the next outing I'll go down a weight. Ideally you should go down a line weight but since I began fishing these waters with a 7 weight (Scott S3S), then I moved down to a 5 weight (Sage XP). Today I brought out the 3 weight. Its a Sage VPS Light that I built years ago, together with a Galvan OB2, this was my arsenal for today. So I'm skipping every other weight or just the even numbers for now.

Although I was fortunate when I began to have no wind, I did have to make do without any sunshine for a while. I'll take windless over sunless any day carping. I had fished for hours, blowing several good opportunities to catch a carp until just about when I was about to give up, when the wind began to pick up, I finally hooked a lone feeder. It took much longer (obviously with a lighter rod) to land and for the first two attempt just when I tried to land it, it ran giving my Sage rod quite a bend. After a few minutes to gave in and let me grab him. I remembered to boga this one. It weighed in at an even six pounds. With the wind really affecting my casts I decided that was enough fun for today. With my "stepping down the ladder" theme, the next time I go out I'll be taking my 1 weight to see if I can land one on such a dinky rod. 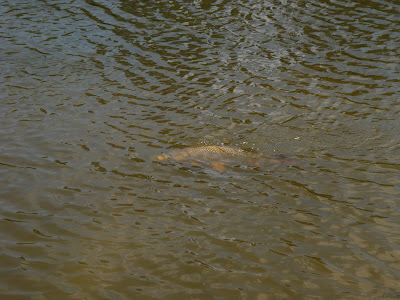 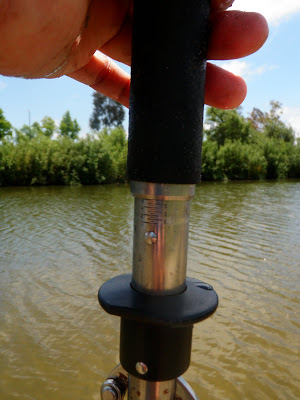 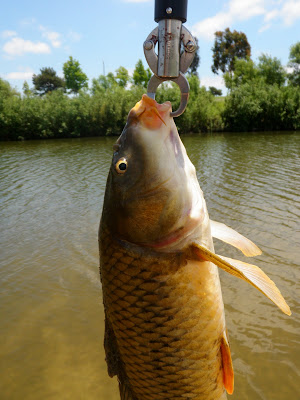 Six pound carp on a 3 weight

Posted by gourmetsportsman at 1:35 PM