As the warm weather is fast approaching California, I decided to purchase a new kennel for Kaiser. My current kennel is a Petmate and is more than capable. Although its a good kennel, it does have some drawbacks. First its air circulation is rather poor. Vents are only on the top half of the box. Also the walls are tapered so that the published dimensions are actually smaller. Because of these reasons I've decided that the old kennel is better suited for the fall and winter and that is when I'll use it. So I looked for a new one. My requirements were prettt simple, one it needed to provide better circulation and be made in the US or another first world country. There are too many Chinese made junk kennels available. None of which I was willing to buy.

Today my new kennel arrived from Lion Country. Its a large kennel from Suncast made in the US and it rectifies the shortcomings of my Petmate. Although it is not without its own. 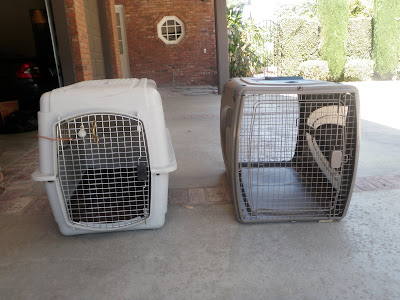 The two kennels side by side. The published dimensions are the same but the floor of the Suncast is actually more spacious as the walls are not so aggressively tapered. As it may be seen in the photo, the front and rear are wire allowing more air circulation. 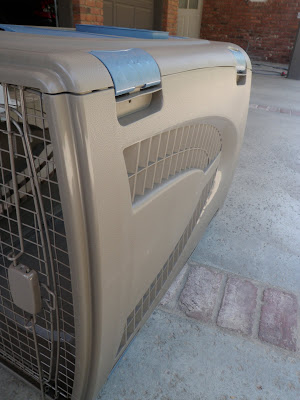 The sides are vented from both the top half and bottom adding to the circulation. 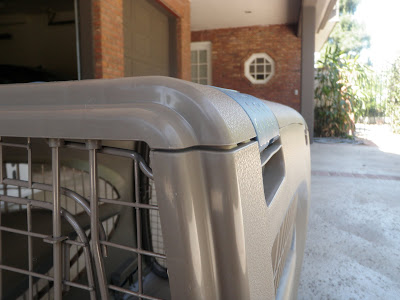 The Suncast is not without its shortcomings. First because it can be disassembled into six major parts, its seems a bit flimsy and less sturdy than the Petmate. The fit is not tight as you can tell from the photo above. The joints fit less than flush. 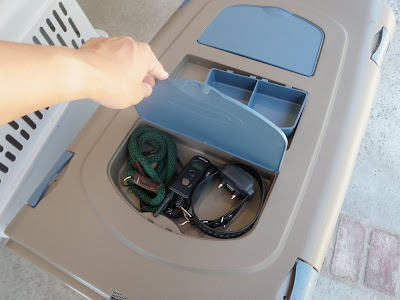 One feature I do like is that the top has three storage compartments, two of which have lids. They are perfect for placing leads, e-collars, crushable water bowls and much more. The compartments do come at a price to internal height though. The lids are a bit cheesy but its nice to keep some must have gear. 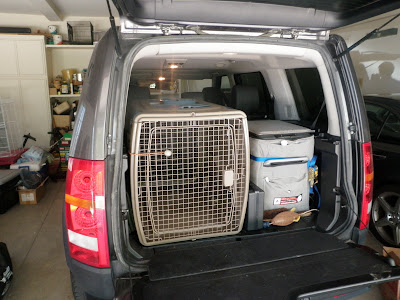 The kennel fits perfectly in the LR3 with the Engel by its side. Space in between the two is less than when the Petmate is used but there still is enough room for water bowls and smaller items. As with the old kennel, there is no need to lower the second row. 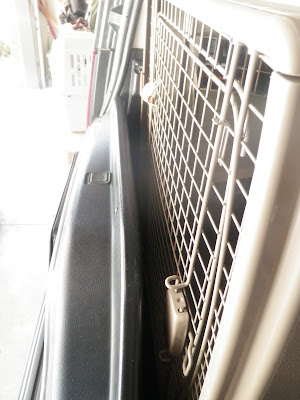 There is just enough room with the tailgate closed. 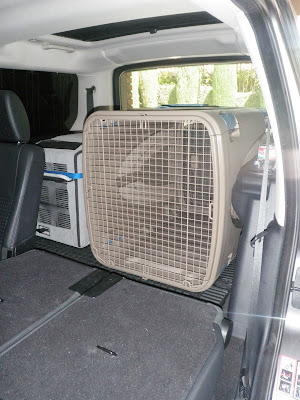 Here the second row is lowered so that the dog may be seen but more importantly so that the air conditioned air can reach a hot canine. 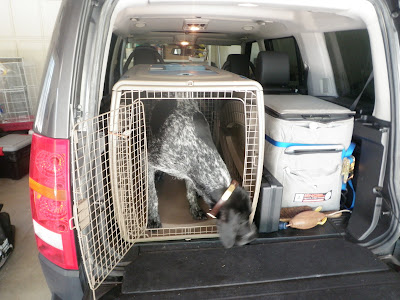 Kaiser getting used to his new home. 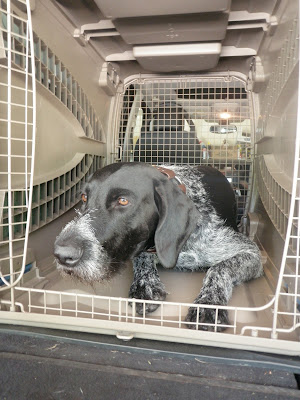 As you can see from this photo the upper compartments do sacrifice some head room but that is not a real big concern as dogs will generally simply lay down in the car. 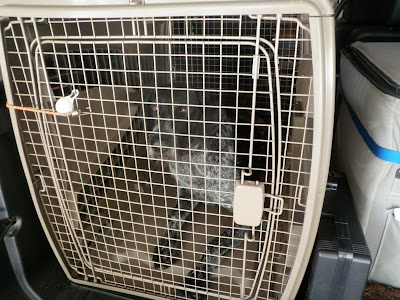 Kaiser is a medium sized dog weighing about 70 pounds. This kennel fits him fine and should do well in our hot months and for the early part of the season when temperatures are still warm.
Posted by gourmetsportsman at 12:00 PM