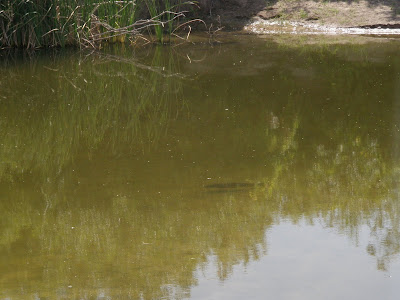 For the longest time I've wanted to catch (legitimately) a carp on a fly, so this morning I headed out to some local waters that I could attempt to do so. This piece of water is only 10 minutes or so from house right in the middle of the city. Although I've known about this water for over 10 years now, I've never fished it for some reason. Today I decided to change that. 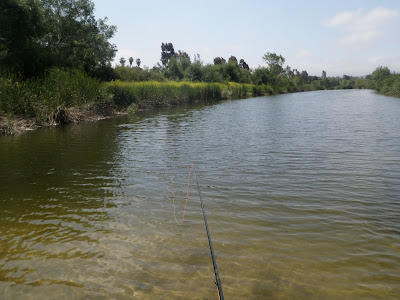 I started at about 10am and fished until about noon. As soon as I hit the water I noticed three carp in about a foot and a half of water. The whole day I was sight casting to fish. Unfortunately this carping thing is new to me and I was unable to get any to take my fly. But that did not deter my joy, I can see why this game is so popular in the UK and elsewhere. In America, carp are just now starting to get a following but it is nowhere near that of the rest of the world. 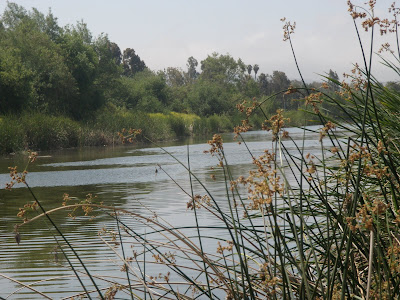 I must have seen at least 20 or more fish within the less than 2 hours out there. The fly I started with was a wooly bugger with rubber legs and beadhead. Even though I did not hook up with any, I understand the appeal for these fish they are challenging to catch and very weary. Someday I'll figure it out and get one at the end of my line. Hopefully that will be the next time I head out there.
Posted by gourmetsportsman at 5:41 PM