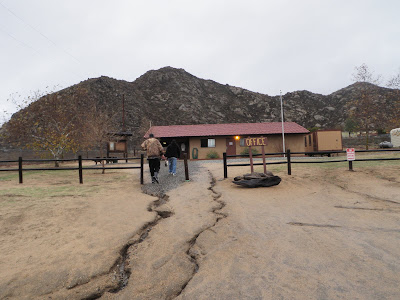 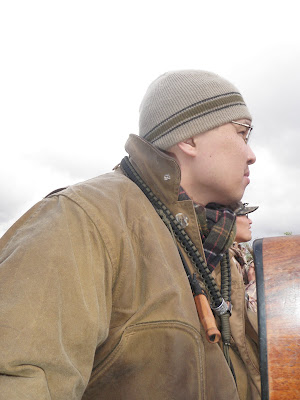 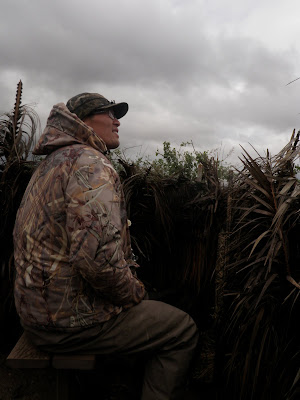 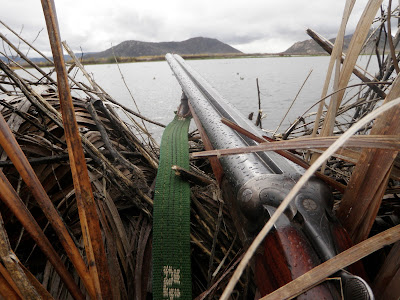 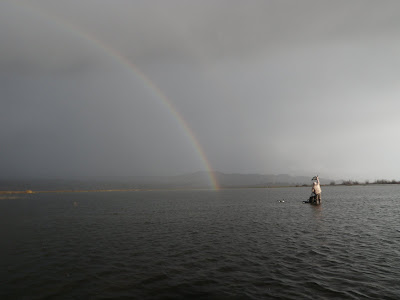 One thing I did this year is hunt the local waterfowl areas. I now know what its like to "sweatline it" and how the reserve system works. In the Owens Valley I never had to worry about such things. The first hunt I managed was at San Jacinto on Dec.22. This hunt almost never happened. The following evening the rains were coming down so hard I could barely sleep. Ed calls me at 1am and tells me we should call the hunt off. I agreed. At 8am, with the winds and rains calming, Ed calls me and says lets go.
He arrives and picks me up. We leave for San Jacinto arriving around 10am. We manage a blind, if I recall its G2. The weather was off and on with the sun poking out every so often. At the beginning there were several birds moving. Most were junk birds such as spoonies and buffleheads. I shot 6 shots all day and managed no birds.


After a while we decided to give up. Of course when we when we were packing up to head out with our guns empty, a flock of 40 teal buzzed us overhead. We thought it was a fitting end to a pretty miserable day.
Posted by gourmetsportsman at 7:24 PM